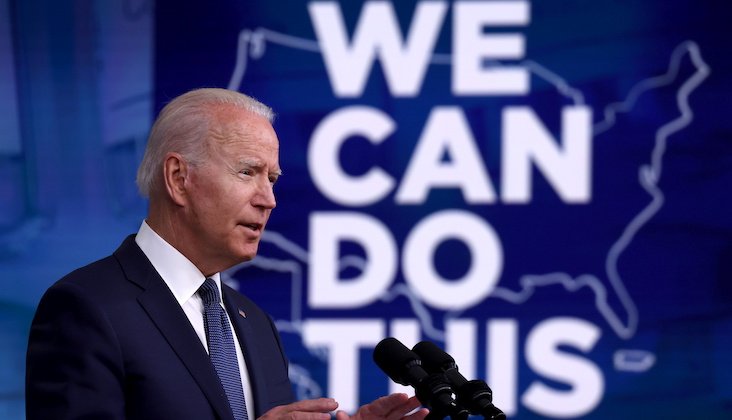 The US is making the donation through the COVAX facility, co-run by the World Health Organisation, CEPI and GAVI. It will consist of the Johnson & Johnson (J&J) single shot vaccine. The countries included are: Cameroon, Central African Republic, Gambia, Lesotho, Niger, Senegal, and Zambia

Top Biden officials are ramping up their diplomatic and humanitarian engagement with the continent, after years of drift under the Trump administration.

“Having spent the bulk of my career in public service working on the African continent – Senegal being the first country in Africa where I first set foot – and on issues related to Africa, I know the difference that the US assistance can make to our African partners and in the lives of people across the continent”, says National Security Council Senior Director for Africa, Dana Banks.

“This Administration’s vaccine sharing initiative is a further demonstration of that commitment”, adds Banks.

Who is getting what

This stock of vaccines doses are being delivered to the following countries:

The US announcement comes as China ramps up its own vaccine dispatches to the continent.

But the Biden administration are at pains to point out that this is not part of a geopolitical tug of war.

An official in the White House told The Africa Report that the 25 million vaccines the US is contributing to the COVAX stock destined for Africa – which nearly matches the 27.9 million vaccine doses Beijing has promised the continent – was not to secure favours or extract concessions.

“Our vaccines do not come with strings attached”, says the official. “We are doing this with the singular objective of saving lives. As the President has said: the United States will be the world’s arsenal of vaccines in our shared fight against this virus.”

Covid-19 continues to multiply on the continent

Here are the virus dynamics in the seven countries the US is delivering shots into:

Cameroon has been simultaneously dealing with the Covid-19 pandemic and cholera outbreaks over the past year. There are currently over 81,000 confirmed cases and about 1,330 deaths.

In April, the country received 591,000 doses of the Covid-19 vaccine – 200,000 being the Chinese Sinopharm, and 391,000 being the Oxford AstraZeneca. However, only about a fifth of these have been administered.

Cameroon’s Ministry of Public Health also approved the sale of a herbal remedy made by Catholic priest Archbishop Samuel Kleda to treat people with Covid-19. The government authorised the concoction as an “adjuvant” to fighting the virus.

The Central African Republic so far has 7,142 confirmed cases of Covid-19, including 98 deaths. The country is also seeing the Alpha variant, which is 50-75% more contagious than the usual strains and affects children more easily, even though it does not tend to lead to severe illness.

In early July, China donated vaccines to the country. Pierre Somse, the health minister, said: “Thanks to this vaccine donation which arrived at an opportune moment, the CAR is better equipped in its combat against the coronavirus.”

The third wave hit the small country of 2.3 million at the start of July. The government warned that preventative measures of mask-wearing in public and social distancing, were in full force. Violators can face a fine of 1,000 Dalasis ($20).

It began vaccinating in March with the arrival of AstraZeneca, but by 17 June, the government announced it had run out of the vaccines.

Banjul later approved Sinopharm and has begun vaccinating as of 17 July, but due to limited stock, only one vaccine site is opened on a first-come first-serve basis.

The third wave of the pandemic brought a new variant of the virus, the Beta variant, to Lesotho. Identified in surrounding country South Africa in August 2020, this strain spreads more rapidly than the previous ones and is thought to have a higher risk of re-infection.

Lesotho currently has 12,398 confirmed cases of the coronavirus, with 339 deaths. The Johnson & Johnson, and Oxford’s AstraZeneca, are both available in the country.

With a population of 23.9 million and the youngest one in the world, Niger has been relatively untouched by the pandemic.

To date, there are no restrictions in place and businesses are fully open, with some even making a profit.

Senegal was doing quite well as it had sealed-off it borders and suspended all international flights right from the start of the pandemic in 2020 to most non-nationals and non-essential travellers. It also was one of the first countries to impose a curfew. After its renewed state of emergency in January expired in March, Senegal has seen begun to ease-back on restrictions, namely borders are open to non-nationals and no curfew.

Although a wearing a mask remains obligatory, in the run-up to the Islamic festival of of Eid al-Adha, all caution appears to have been thrown into the wind in this Muslim majority country of a population of 16.3 million. Ahead of the holidays, the government had warned against travelling.

President Macky Sall said he is ready to take necessary measures should the rate of infection jump, including the re-closure of borders.

Senegal began its vaccination campaign on 23 February 2021 with 82 injections of Sinopharm. It later received a batch of US President Biden says it will deliver a fresh tranche of vaccines ear-marked to seven African countries via the COVAX scheme: in March. It was one of the first African countries to receive vaccines through the COVAX initiative.

Zambia is still in the grip of its third wave of coronavirus, with around 1300 new cases announced a day.

Some 2.8% of Zambians have received at least one dose of vaccine, with 2 consignments of AstraZeneca vaccines delivered so far through the Covax facility.

Kennedy Malama, Permanent Secretary in the Ministry of Health in charge of Technical Services said the new doses of J&J vaccine would be fast-tracked to the rural provinces, where vaccine demand is high, “in the shortest period of time”.

Malama has also indicated a fourth wave may arrive in Zambia at year-end.

The US also announced its support for calls to waive intellectual-property protections at the WTO in early May, to allow for a major global boost to Covid-19 vaccine production.

A major push back from pharmaceutical companies has thus far stymied these efforts.