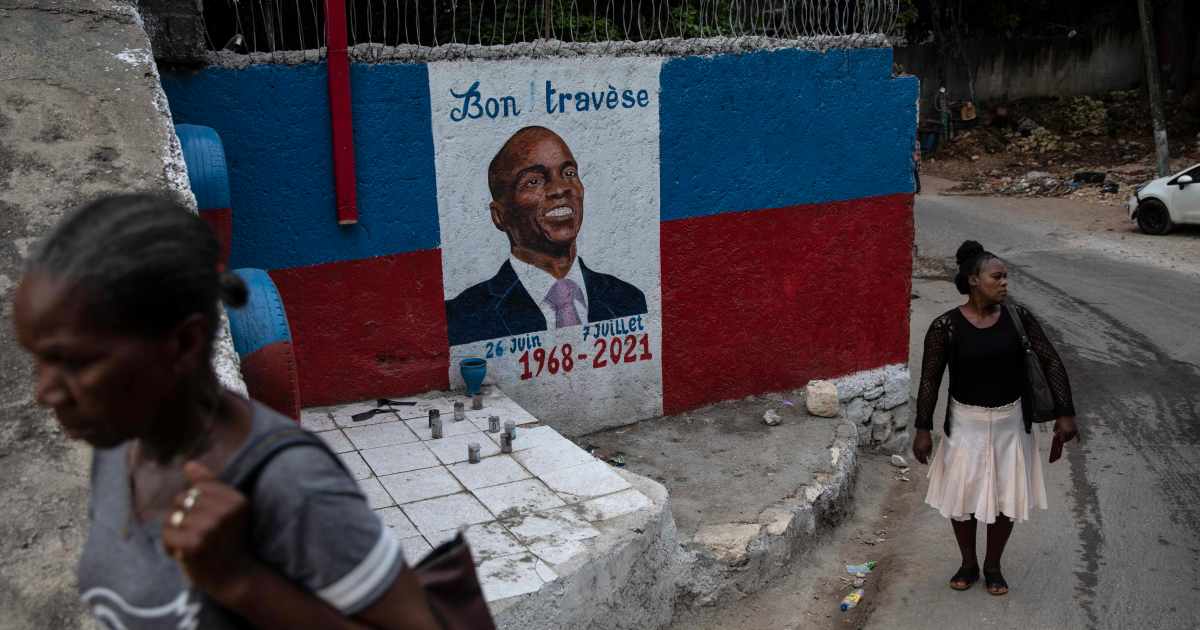 The United States has charged a former Haitian senator in relation to the assassination of the country’s President Jovenel Moise in July last year, the Justice Department announced.

In a statement, the department said 51-year-old John Joel Joseph made his first US court appearance in Miami on Monday afternoon. Joseph was extradited to the US from Jamaica on Friday.

He was charged with conspiring to commit murder or kidnapping outside the United States and providing material support resulting in death, knowing or intending that such material support would be used to prepare for or carry out the conspiracy to kill or kidnap”, the department said.

Joseph is the third person charged in the US in relation to what authorities say was a wide-reaching plot involving at least 20 Colombian citizens and several dual US-Haitian nationals that ultimately led to the killing of Moise.

The Haitian president was assassinated in his home in the capital, Port-au-Prince, on July 7, 2021, worsening an already dire political and socioeconomic crisis in the Caribbean island nation.

The US Justice Department accused Joseph of helping “to obtain vehicles and attempted to obtain firearms to support the operation against the president”.

They also say he attended a meeting with “certain co-conspirators” around July 6, 2021, “after which many of the co-conspirators embarked on the mission to kill President Moise”.

Joseph, a well-known politician and critic of Moise’s Tet Kale Party, faces life imprisonment if convicted of the charges against him.

His lawyer, Donahue Martin, did not immediately return a message for comment from The Associated Press news agency.

Joseph is one of more than 40 suspects arrested in Moise’s killing, and the third one to be extradited to the US to face charges as the proceedings in Haiti languish, with at least two judges stepping down from the case.

Violence has surged in Haiti since Moise’s slaying, with rival gangs battling for control of neighbourhoods in and around the country’s capital.

Last week, the United Nations warned of escalating attacks that have killed dozens and forced thousands to flee their homes.

In a statement released on May 4, Haiti’s civil protection authority estimated that at least 39 people have been killed and 68 injured between April 24 and May 2. It also said about 9,000 people were displaced from three communities in suburban Port-au-Prince.

The nation has also seen a string of kidnappings for ransom, most of which were tied to gangs.