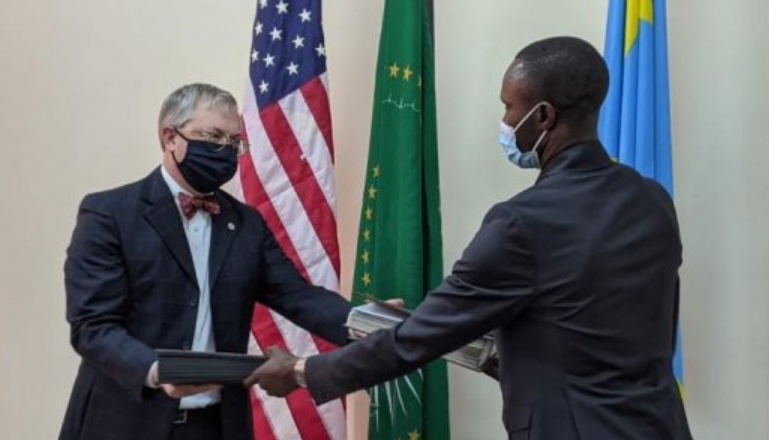 On 20 July, the US, through its international development agency USAID, declared that it would be providing $1.6bn to the DRC as part of its renewed cooperation strategy. This funding agreement was signed by Samy Adubango, the DRC’s deputy minister of foreign affairs, and Paul Sabatine, the USAID mission director.

This new strategy, which was approved in December 2020, will be deployed over five years. It aims to make the country “more peaceful and more prosperous, by offering communities and individuals better opportunities for development”, a USAID official in the DRC told us.

In concrete terms, the funds are intended for seven regions – Kivu, Haut-Uélé, Tanganyika, Maniema, Haut-Katanga, Ituri and Kasai – and will focus on three areas.

A first financial package of $500m will be used to finance reforms and tools to strengthen public institutions’ efficiency.

The second one of $546m aims to improve access to basic services, including water and electricity.

According to the latest World Bank figures, only 44% of the country’s population has access to electricity. The institution noted in a report published this year that “the share of households with access to piped water […] declined from about 90% in 2014 to 72% in 2018.”

In addition to these bilateral funds, the Central Africa Regional Programme for the Environment will be contributing up to $161m to focus on “conservation, wildlife trafficking, natural resource management and climate change in DR Congo,” says USAID, whose investments must be submitted to the US Congress for approval.

This financing was concluded a few days after the IMF and the Congolese government announced that they had signed an agreement to grant a credit facility of $1.5bn. Furthermore, relations between Kinshasa and Washington have been improving ever since Mike Hammer was appointed ambassador in September 2018 and Félix Tshisekedi became president in December of that same year.

The US cooperation strategy is thus in line with President Tshisekedi’s 12-point agenda and National Development Plan (NDP) 2020-2024.