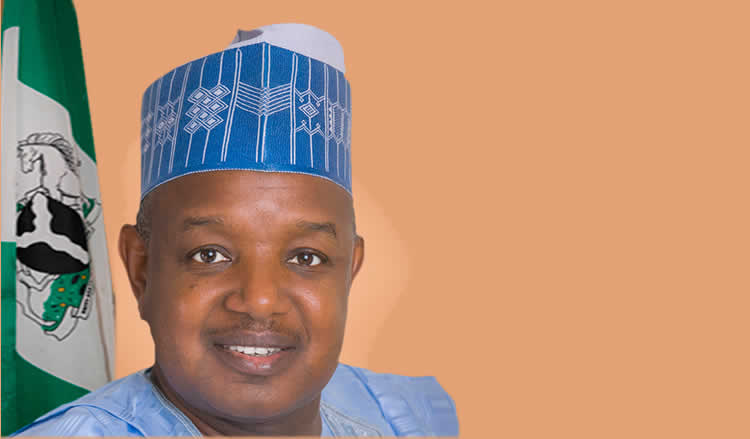 Dr Abubakar Kaoje, Executive Secretary, Kebbi State Primary Health Care Development Agency says immunization coverage in the state has improved from 18 per cent in May/June 2018 to 84 per cent in 2019.

Kaoje told News Agency of Nigeria (NAN) in Birnin Kebbi on Wednesday that the achievement was recorded under UNICEF and European Union–Maternal, Newborn, Child Health and Nutrition (EU-MNCHN) project.

He explained that the EU-MNCHN was a four-year project that began in 2016 with the main goal of improving access to quality primary healthcare services by women and children in the state.

He described Kebbi as one of the states with disturbing primary healthcare indices in the country, stressing that routine immunisation coverage was barely 18 per cent in 2018.

The executive secretary added that skilled-birth attendants were 17 per cent in 2017, along with very disturbing nutrition indices among children under five years.

According to him, thanks to UNICEF and EU-MNCHN project, the state is beginning to record some very impressive improvement in maternal, newborn, child health and nutrition.

“Just last year we were the last in immunisation coverage in the country but today, with 84 per cent coverage, we are among the best five states.

“Also, through the project, we have been able to reach out to 1,050 out of the over 2,000 hard-to-reach communities, who are five kilometres away from the nearest health centre.

“We are reaching them through an outreach programme that delivers integrated healthcare services, including child protection, nutrition and immunisation to their doorstep.

“Similarly, we have introduced Emergency Healthcare Scheme in collaboration with the National Union of Road Transport Workers to transport pregnant women and children in need of emergency health services to the hospitals.

“There is equally the Integrated Community Case Management initiative where community-based volunteers provide treatment for malaria, pneumonia, diarrhea and other child killer disease to children under five years.”

Kaoje also said that capacity building training, including clinical mentorship are being carried out under the project to build the capacity of healthcare workers to deliver quality primary healthcare services.

He further said that the project equally supported the recruitment of 106 nurses and Community Health Extension Workers to bridge manpower gap.

He added that the health workers were deployed to the four most populous local government areas of the state with highest burden of negative health indices, namely Argungu, Fakai, Jega and Birnin Kebbi.

“These among other initiatives have improved antenatal care attendance, access to quality nutrition and other healthcare services.

“This remarkable improvement will in no distant time reverse the negative health indices in the state,” he added.

He appealed to UNICEF and EU to extend the project for another four years, saying, “I do not know what we will do if this project wind you.

“Our health problems are enormous, and as a state, we cannot do it alone. We need all the support we can get.”

Kaoje also said that the state has begun the process of implementing primary healthcare under one roof with support from UNICEF and the European Union.

“We have gotten the approval from the state Executive Council and we are working assiduously to make it happen.

“We have already established Local Government Health Authorities and begun migrating staffs to the SPHCDA in line with the stipulated guidelines.

“We have equally began renovation and upgrading of 225 Primary Healthcare Centres, one per political wards out of the over 800 primari health centres in the state,” he said.

The executive secretary added that UNICEF was supporting the renovation and equipping of 140 out of the 225 PHCs.

“Yes, there are challenges here and there, but with UNICEF and EU support, we are doing the best we can to ensure that we make it happen,” he said.

UNICEF Project Coordinator in the state, Dr AbdulHafiz Ishawo, described the development as the outcome of a sustained advocacy efforts of development partners driven by UNICEF.

Ishawo said that UNICEF and EU were supporting the state to take stock of the status of all PHCs in the state, determine what they are doing and the existing gaps.

“This is with a view to determine how to move the PHCs from where they are in terms of service delivery, to where they ought to be, as part of requirement for the primary healthcare under one roof.

“This is being done under the Maternal, Newborn, Child Health and Nutrition (MNCHN) project, being supported by European Union and UNICEF,” he said.

The coordinator said that the MNCHN project was designed to strengthen primary healthcare and community resilience for improved maternal, newborn, child health and nutrition outcomes in Kebbi.

He added that the overall objective was to improve the nutrition and health status of women and children through a sustainable primary health care delivery system.