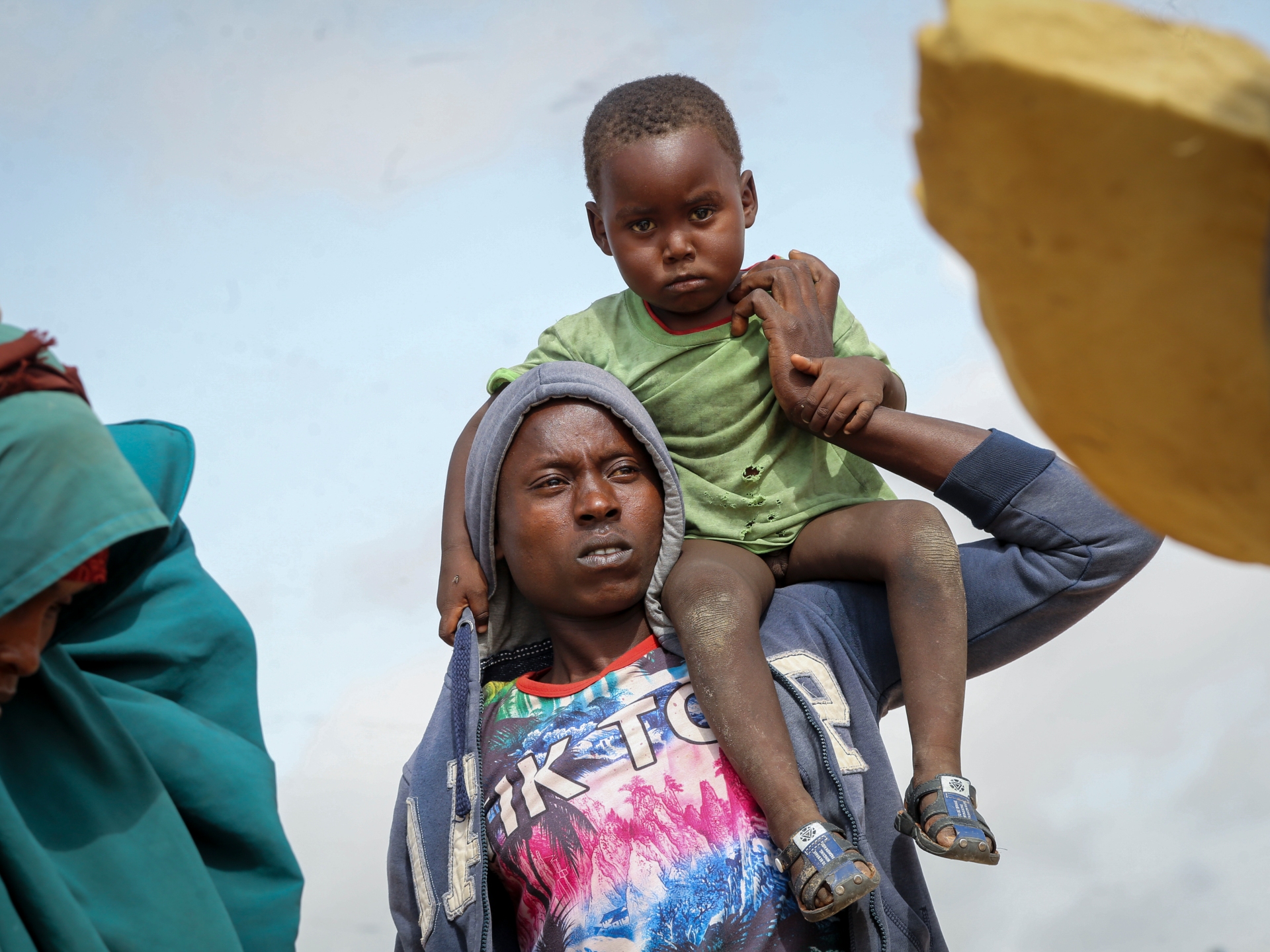 At least 1 million people in Somalia have been displaced by the worst drought in decades, driven by climate change.

The UN humanitarian chief has warned that parts of Somalia are on the brink of famine after being hit by four failed rainy seasons that have caused a devastating drought.

In a statement on Monday, Martin Griffiths, head of the UN’s Office for the Coordination of Humanitarian Affairs (OCHA), said that “famine was at the door” and was likely to occur in south-central Somalia between October and December this year.

“The drought, the worst in four decades, is forecast to continue. This is, in those often-used words, and no more true than here, a humanitarian catastrophe. We know that the needs will grow,” he added.

At least 1 million people in Somalia have been displaced by the worst drought in decades, driven by climate change, which is also affecting the wider Horn of Africa, including Ethiopia and Kenya.

Humanitarian agencies have been sounding the alarm over the deteriorating situation for months, with the UN’s World Food Programme (WFP) saying last month that the number of people at risk of starvation across the region had increased to 22 million.

In Somalia alone, the number of people facing crisis hunger levels is 7.8 million, or about half the population, while about one million people have fled their homes in a desperate search for food and water, UN agencies say.

We are in the last minute of the eleventh hour to avoid a full-blown disaster in #Somalia.

In an interview with Al Jazeera, Griffiths, who was on his first trip to Somalia, said he had seen “terrible sights” in the city of Baidoa in South West state.

“We went to the hospital in that town (Baidoa) and we saw the most terrible sights of children severely and acutely malnourished,” he said from Mogadishu, the Somali capital.

Griffiths said that people he had visited in the hospitals had travelled by foot for days to seek help, asserting that many people simply did not have safe access to reach health facilities.

“We are calling today to allow all humanitarian agencies safe access to those places so-called hard to reach. We need to know the extent of suffering and need and stress in those areas,” he said.

The conflict-wracked country is considered one of the most vulnerable to climate change but is particularly ill-equipped to cope with the crisis.

A deadly armed uprising by the armed group al-Shabab against the federal government is also limiting humanitarian access to many areas.

The UN’s World Meteorological Organization (WMO) has said the Horn of Africa is likely facing a fifth straight failed rainy season over the months of October to December.

In 2011, famine in parts of Somalia, one of the poorest countries on the planet, led to the deaths of 260,000 people, more than half of them children under the age of six.