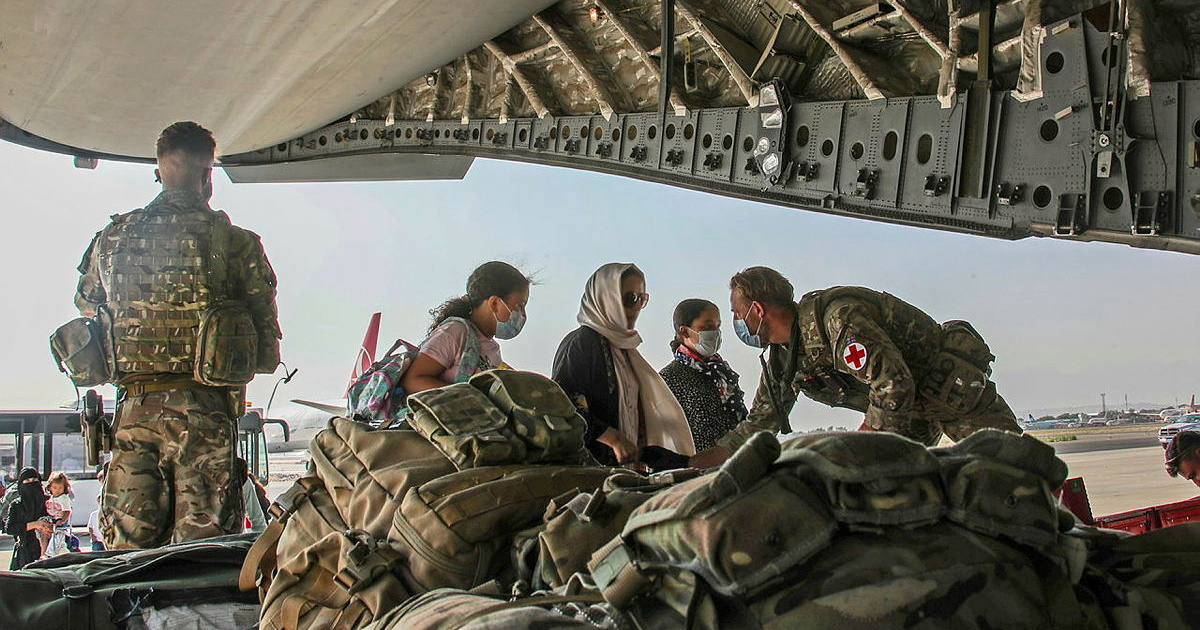 The scheme will give priority to women, girls and minorities considered ‘most at risk’ under Taliban rule.

The United Kingdom says it will welcome as many as 20,000 Afghans under a new resettlement programme that will give priority to women, girls and religious and other minorities, according to reports in British news outlets.

The scheme aimed at those seen “most at risk of human rights abuses and dehumanising treatment by the Taliban” will offer a safe and legal route to Britain, the Times newspaper reported on Tuesday. About 5,000 people are expected to arrive in the UK in its first year.

Prime Minister Boris Johnson said Britain owed a “debt of gratitude to all those who have worked with us to make Afghanistan a better place over the last 20 years and many of them, particularly women, are now in urgent need of our help,” British media said.

The UK parliament is due to sit on Wednesday to discuss the situation in Afghanistan.

“I want to ensure that as a nation we do everything possible to provide support to the most vulnerable fleeing Afghanistan so they can start a new life in safety in the UK,” said Home Secretary Priti Patel.

“The Afghan Citizens’ Resettlement Scheme will save lives.”

The international community is working out how to respond following the Taliban’s takeover of Afghanistan. The group has said it will respect women, but many fear a swift unravelling of women’s rights, despite the reassurances.

Britain already plans to relocate 5,000 people as part of an Afghan Relocations and Assistance Policy, designed to help present and past employees of the UK government. More than 2,000 former Afghan staff and their families have travelled to Britain under the scheme since late June.

The Conservative government has faced pressure from opposition parties and charities to set out the specifics of how it will help Afghans.

The new scheme is modelled closely on the Syrian resettlement programme drawn up by former Prime Minister David Cameron in 2014, under which more than 20,000 refugees had moved to Britain up to February this year, the Times said. The programme for Afghanistan does not have an end date but is expected to involve a similar number of people over the same timeframe, the paper added.

In an article published by Patel in the right-wing Daily Telegraph newspaper, she called on other nations to help take in Afghan refugees.

“The UK is also doing all it can to encourage other countries to help. Not only do we want to lead by example, we cannot do this alone,” she wrote.

The Taliban takeover triggered chaos at the international airport in Kabul on Monday as thousands of Afghans tried to leave – some crowded the runway, running alongside aircraft and jumping on the fuselage.

The situation has since calmed in the capital and evacuations have resumed.

The UK has flown out 520 people on military flights since Saturday, including British citizens, diplomats and Afghan staff.

“The complex picture on the ground means there will be significant challenges delivering the scheme, but the government is working at speed to address these obstacles,” the Home Office said in a statement.