‘Next 24 hours critical’, as crews battle largest wildfire in US | Climate News 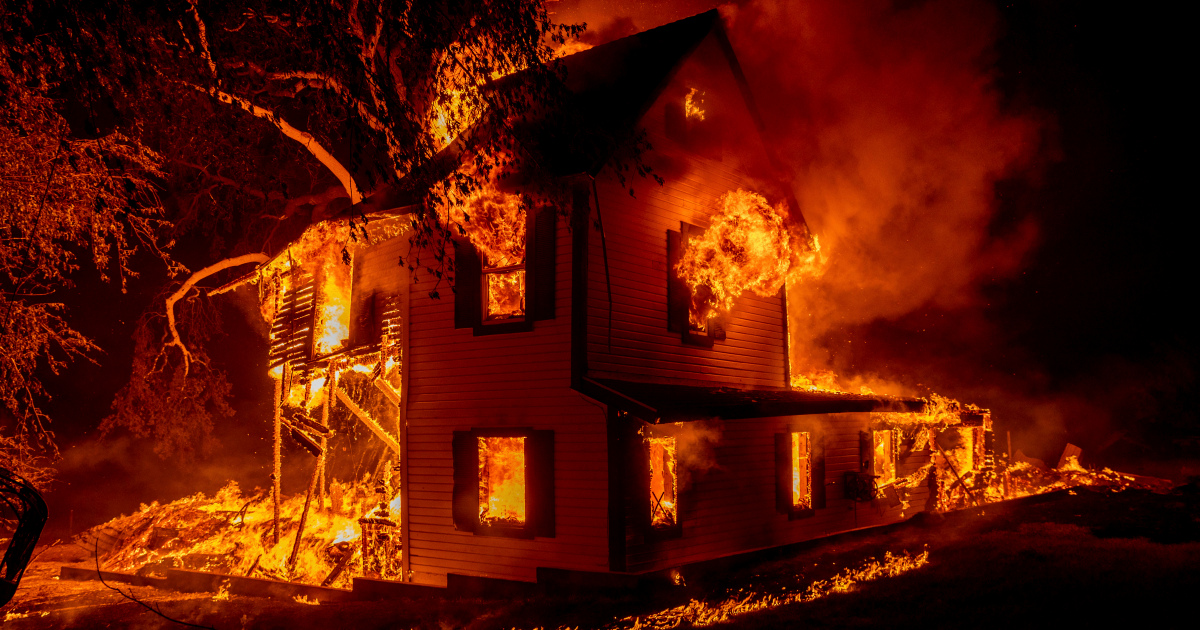 Firefighters in the United States faced dangerously windy weather as they struggled to keep the nation’s largest wildfire from moving towards a Northern California city and other small mountain communities.

Forecasters issued red flag warnings of critical fire weather conditions on Tuesday, including gusts up to 64 kilometres per hour (40 miles per hour) from late morning to near midnight.

The warnings came after the Dixie Fire grew explosively from winds spawned by a new weather system that arrived on Monday afternoon.

The blaze was about 13km (8 miles) from Susanville, home to about 18,000 people, early on Tuesday, fire spokesman Doug Ulibarri said.

Numerous resources were put into the area, where residents were warned to be ready to evacuate, said Mark Brunton, an operations section chief.

“It’s not out of play, and the next 24 hours are going to be crucial to watch as to what the fire is going to do there,” he told an online briefing.

To the east, spot fires became established south of the small community of Janesville, which had been ordered evacuated. Some structures were lost there – images captured by The Associated Press showed a home consumed by flames – but a surge of firefighters was able to herd the fire around the majority of the town, Brunton said.

Firefighting managers warned to expect spot fires to be up to 1.6km (1 mile) ahead of the main fire, Ulibarri said.

The Dixie Fire is the largest of nearly 100 significant wildfires burning across more than a dozen western US states that have seen historic drought and weeks of high temperatures and dry weather that have left trees, brush and grasslands as flammable as tinder.

Climate change has made the region warmer and drier in the past 30 years and will continue to make the weather more extreme and wildfires more destructive, according to scientists.

Susanville is the seat of Lassen County and the largest city that the Dixie Fire, named for the road where it started, has approached since it broke out last month. The former Sierra Nevada logging and mining town has two state prisons, a nearby federal lockup and a casino.

Ash fell from the advancing fire and a police department statement urged residents “to be alert and be ready to evacuate” if the fire threatens the city, although no formal evacuation warning had been issued.

The weather forecast prompted Pacific Gas & Electric (PG&E) to warn that it might cut off power to 48,000 customers in parts of 18 California counties from Tuesday evening through Wednesday afternoon to prevent winds from knocking down or hurling debris into power lines and sparking new wildfires.

The Dixie Fire has scorched more than 2,434sq km (940sq miles) in the northern Sierra Nevada and southern Cascades since it ignited on July 13 and eventually merged with a smaller blaze called the Fly Fire. Less than a third of the fire is contained.

Investigations are continuing, but PG&E has notified utility regulators that the Dixie and Fly fires may have been caused by trees falling into its power lines.

The Dixie Fire began near the town of Paradise, which was devastated by a 2018 wildfire ignited by PG&E equipment during strong winds. Eighty-five people died.

Ongoing damage surveys have estimated that more than 1,100 buildings were destroyed, including 630 homes, and more than 16,000 structures remained under threat.

Numerous evacuation orders were in effect, including in the small lumber town of Westwood. Protective lines were holding, but the blaze was still a threat.

The US Forest Service said last week that it is operating in crisis mode, with more than double the number of firefighters deployed than at the same time a year ago. More than 25,000 firefighters, support personnel and management teams were assigned to US blazes.