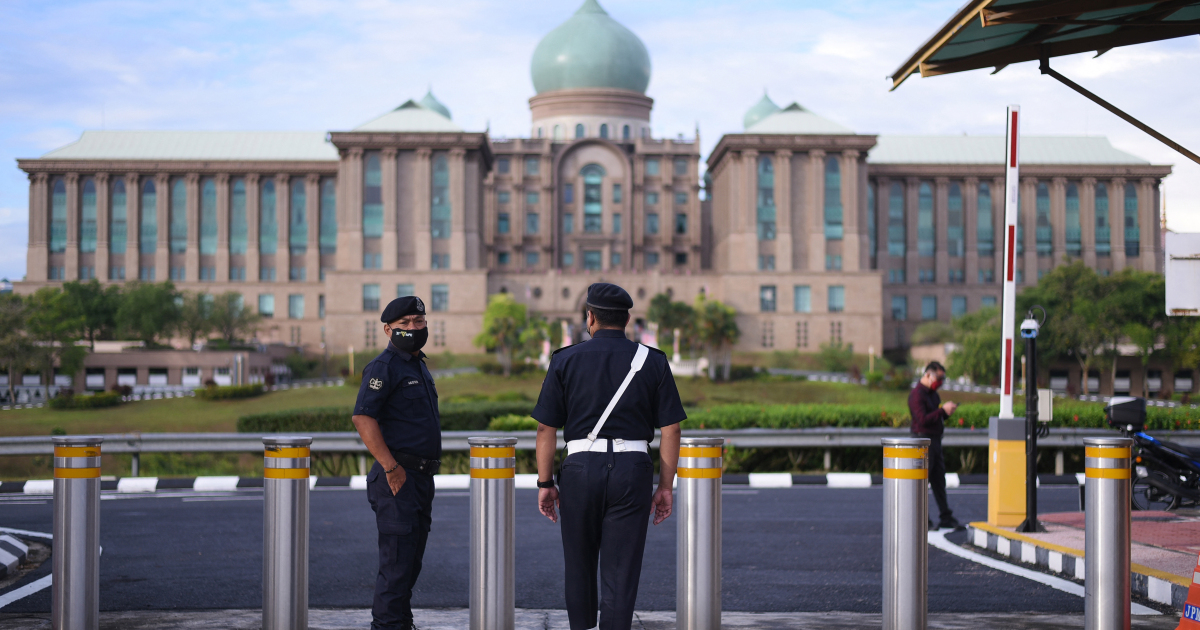 The United Malays National Organisation (UMNO) has backed former deputy Prime Minister Ismail Sabri as its candidate to become Malaysia’s next prime minister as opposition parties attempt to build support for their preferred candidate ahead of a Wednesday deadline for members of parliament to decide on who should get the job.

The current monarch, King Al-Sultan Abdullah has decreed that the next prime minister’s majority be tested in parliament, according to local media reports quoting Shafie Apdal, president of the opposition Warisan Sabah party.

Ismail Sabri, 61, was the deputy prime minister and defence minister in the administration of Muhyiddin Yassin who resigned on Monday amid political infighting and public anger over his handling of the COVID-19 pandemic.

UMNO and the parties allied to it agreed on Ismail as their preferred candidate at a meeting on Tuesday night, state news agency Bernama said.

Throughout his 17 months in office, Muhyiddin was under constant pressure to prove his majority in parliament while UMNO leaders threatened time and again to withdraw their support from the ruling coalition. The 74-year-old quit after admitting last week he no longer had a majority.

The king, a constitutional monarch, met party leaders on Tuesday.

After the meeting Anwar told reporters that the king had emphasised the country was facing a political and constitutional crisis.

“By the look of it, all the parties seem to have come to a consensus — that is to end ‘old politics’… and focus on the development of the country,” he added. The country’s 222 members of parliament have until 4pm (08:00 GMT) to notify the king of their choice. It is not clear whether there will be a vote of confidence in parliament to confirm whoever is chosen as the new prime minister.

Ismail, who served in the UMNO-led government that was rejected by voters in the May 2018 elections, was among a number of senior UMNO politicians who remained with Muhyiddin despite the party’s threats of withdrawal.

He was also the face of the administration’s coronavirus response – giving daily updates on arrests of those violating health rules and revisions to lockdown and quarantine rules.

In September last year he said there was no need for politicians and their entourages returning from election campaigns in Sabah to quarantine. The election helped seed an outbreak that Malaysia is still struggling to control.

The Malaysian Health Coalition, a group of health societies and prominent professionals, called on the next administration to make curbing the pandemic a priority. The government should appoint “competent professionals” to handle the COVID-19 response, improve transparency and frame policy decisions on scientific evidence, it said.

“The rakyat (people) and the health system are increasingly exhausted,” the Malaysian Health Coalition said in a statement. “Politicians must be part of the solution, not part of the problem.”

Anger over the government’s handling of the pandemic has prompted increasing discontent in Malaysia. Junior doctors walked off the job on July 26 and there was a rare protest in Kuala Lumpur five days later. Another is expected later this month.

After police questioned participants and commissioners from Suhakam, Malaysia’s human rights commission, who were monitoring the rally, human rights groups say the next government must move to restore respect for freedom of expression and assembly.

“The government has responded to a wave of public anger brought about by political infighting and official handling of the COVID-19 pandemic by curtailing free speech,” Rachel Chhoa-Howard, Malaysia researcher for Amnesty International said in a statement. “In recent weeks this also extended to peaceful assembly. Amid an ongoing political crisis, the authorities have wielded repressive laws to investigate or arrest not only activists, journalists and protesters but also members of the political opposition and the general public to quell dissent. It is crucial that the next government learns from the past and ends attacks on peaceful critics.”

Police have also questioned the 107 members of parliament who tried to march to parliament on August 2 after the first session in months was closed down because of a COVID-19 outbreak. The group, including Anwar and former Prime Minister Mahathir Mohamad, was met by riot police.