UDA Would Not Have Won Kiambaa By-Election if Deep State Existed, William Ruto 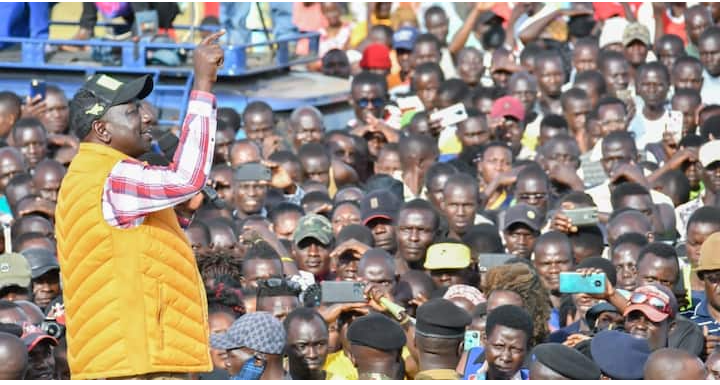 Where was the deep state in Kiambaa Ruto, who spoke on Citizen TV on Tuesday, December 29, dismissed the existence of well-connected people in government who control who becomes president by just raising a finger, urging that the newly formed UDA party would not have trounced the Jubilee Party in the Kiambaa by-election if they existed. The Kiambaa mini-poll was worn by Njuguna Wanjiku of Ruto’s UDA, showing dust to Kariri Njama, who was fielded by the ruling Jubilee Party headed by President Uhuru Kenyatta. Do

It is in this breath that the DP also expressed optimism that the boogeyman will not spin the direction of the 2022 General Election in which he hopes to succeed his boss Uhuru. “I am your deputy president and I have been in the government for all this time but I have never seen or heard of this thing so-called deep state after the handshake, they said that you cannot compete with the government, but we defeated them in Msambweni by-elections, in Juja, in Kiambaa…would they have allowed UDA to win in Kiambaa?” Ruto asked.

Deep state to determine the next president Earlier, Raila Odinga’s brother Oburu Odinga claimed that the ODM supremo would win the presidency in 2022, which will be his fifth stab, since his handshake with Uhuru had given them access to the deep state. “Why haven’t we gone to state house when we have actually won the elections through votes? This is because there is something which we were missing, and that something is called the system. Some people are saying, ooh..the system is not important, but it is…and now we are with Uhuru Kenyatta, who is holding the system plus our votes which are always more than the others..so what else do we need?

However, according to Ruto, if the deep state existed, then 2017 presidential election would not have ended up in the courts and subsequently quashed, calling for a repeat election. As previously reported, Uhuru’s win in the 2017 vote was dismissed by the Supreme Court, which was headed by then Chief Justice David Maraga. The court dismissed Uhuru’s election, ruling it was marred by malpractice.