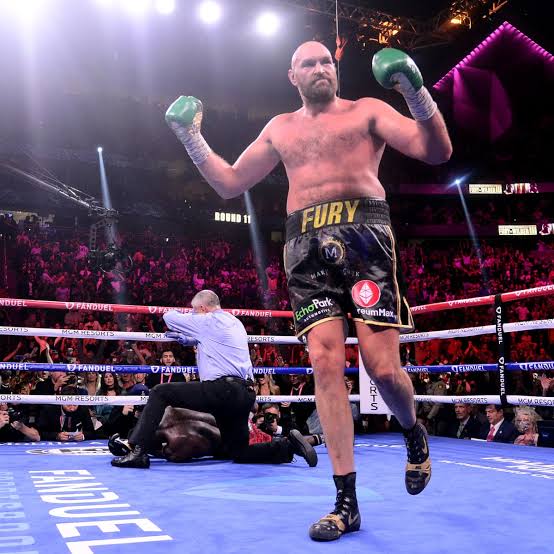 Tyson Fury has boasted about knocking the world boxing champion, Oleksandr Uysk, out in their upcoming clash.

The boxing champion had indicated to march Fury after defeating Antony Joshua in his recent outing.

In a video shared by Fury on Twitter, he said he would smash Uysk into bits during the fight.

“Middle weight you will get smashed to bits. You said you wanted to fight me after you beat the body builder.

“Call me out on television and now you are being a little btch pssy boy running, hiding, saying you get injuries. You ain’t got no injuries. You had a sparring contest,” he said.