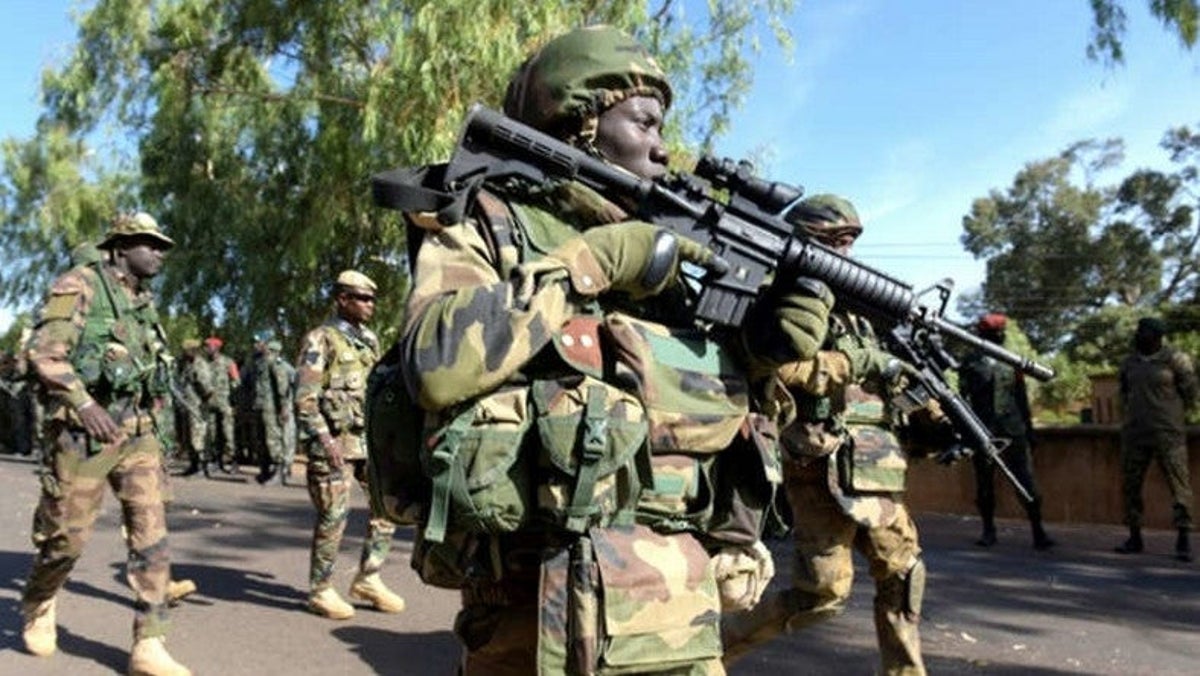 Troops have foiled attempted attack and kidnap of citizens by bandits in Kaduna State, just as they killed five terrorists in Giwa Local Council of the state.

According to Aruwan, the operational feedback from the military stated: “The troops, who were conducting clearance patrols in Giwa received credible intelligence of terrorists’ movement towards Fatika town. The troops mobilised to Marke and Ruheya in response.

“The outlaws attempted to escape the advancing forces, but the troops cut off their escape route at Kwanan Bataro, and engaged them in a firefight, during which five of the terrorists were neutralised. The troops returned to base after clearing the area.”

The commissioner added that security forces were sustaining monitoring and patrol in the general area.

MEANWHILE, criticisms are trailing government’s handling of the security challenges rocking the North, as hundreds of youths trooped to the streets of Kaduna in supposed solidarity with government.

Protesting against what they described as negative proclamation against Northern Nigeria, the protesters hit Kaduna streets, yesterday, claiming that the North was not bleeding, but going through healing process.

But in reaction to the protesters’ claims, the National President of Arewa Youths for Development and Progress (AYDP), Danjuma Sarki, faulted the protest. He said the government sponsored the protest to cover up its inadequacies and inability to checkmate banditry, attacks and killings in the North.

To justify the protest, the protesters, comprised activists under the auspices of the Coalition of Northern Activists for Peace (CNAP), said, as much as they were not unaware that thousands of lives had been lost to insecurity in the North, they could see frantic efforts of the security agencies in curtailing the activities of bandits, terrorist and others that had been terrorising the northern part of the country.

Leading the protest in Kaduna, yesterday, the Kaduna State Convener of CNAP, Zubairu Mukhtar, said the rally was organised in appreciation of the substantial efforts of the President Muhammadu Buhari administration and the security agencies in addressing the security challenges.