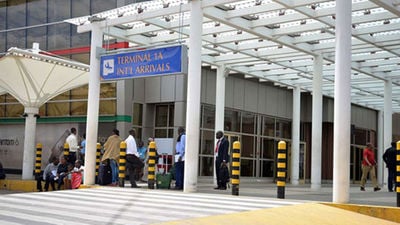 As of 4 January, all countries which appeared on Germany’s “virus variant areas list” were moved to its high-risk list, that country’s Robert Koch Institute announced.

Namibia is included among the lists of countries regarded as high-risk areas. Others are Botswana, eSwatini, Lesotho, Malawi, Mozambique, South Africa, Zimbabwe and the UK.

They had all been placed on the red list of “virus variant countries” on 28 November when Omicron was discovered, and only German citizens and residents and specific categories of travellers could enter Germany from virus variant areas.

The head of the Hospitality Association of Namibia (HAN) Gitta Paetzold hailed Germany’s decision to reduce the travel risk status for southern Africa.

In an interview with New Era yesterday, she said these decisions were taken by key source countries for Namibian tourism just before the change of year, and resulted in 2022 starting on a very positive note for the country’s travel sector. “With Namibia now removed from the ‘variant list’ and categorised as ‘high risk’ only, it means that the 14-day quarantine falls away, which makes travel to this part of the world plannable and attractive again. We sincerely hope that we will only move upward and forward from here as the travel ban called in late November with the identification of Omicron nearly wiped out all efforts of a tourism recovery,” she stated.

Furthermore, the new dispensation allows the tourism sector to start hoping for a recovery and a better year.

The decision by Germany to reduce travel risk status for southern Africa means travellers from these nine countries will be eligible to enter Germany, subject to the same restrictions as the majority of world travellers.

However, they will still have to register before arriving in Germany, and carry the confirmation of registration with them upon entry.

The German minister of foreign affairs, Annalena Baerbock, said: “Upon entry into the Federal Republic of Germany, individuals aged six years or older need to be in possession of proof of testing, proof of recovery or proof of vaccination. As a general rule, Covid tests (antigen tests or PCR tests) must not be older than 48 hours at the time of (planned) entry into Germany.”

Travellers from high-risk areas who fail to provide proof from the listed methods above will face a quarantine of 10 days. [email protected]