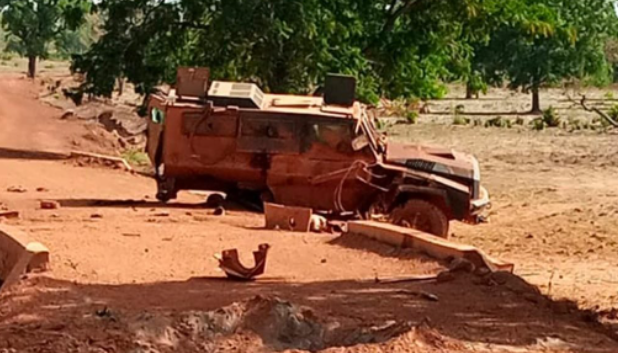 On the night of 10-11 May, at around 3 am, a military post in the locality of Kpékpakandi, not far from the border with Burkina Faso, was attacked. For the first time in a terrorist attack, there were casualties among the army.

According to our information, the heavily armed assailants arrived in dozens, perched on motorcycles, and opened fire on the Togolese military. An exchange of fire ensued, but the surprise effect played in the attackers’ favour, and they managed to take control of the post.

Images showing the violence are already circulating on social media, such as those showing a burned pickup and a wounded soldier being chased.