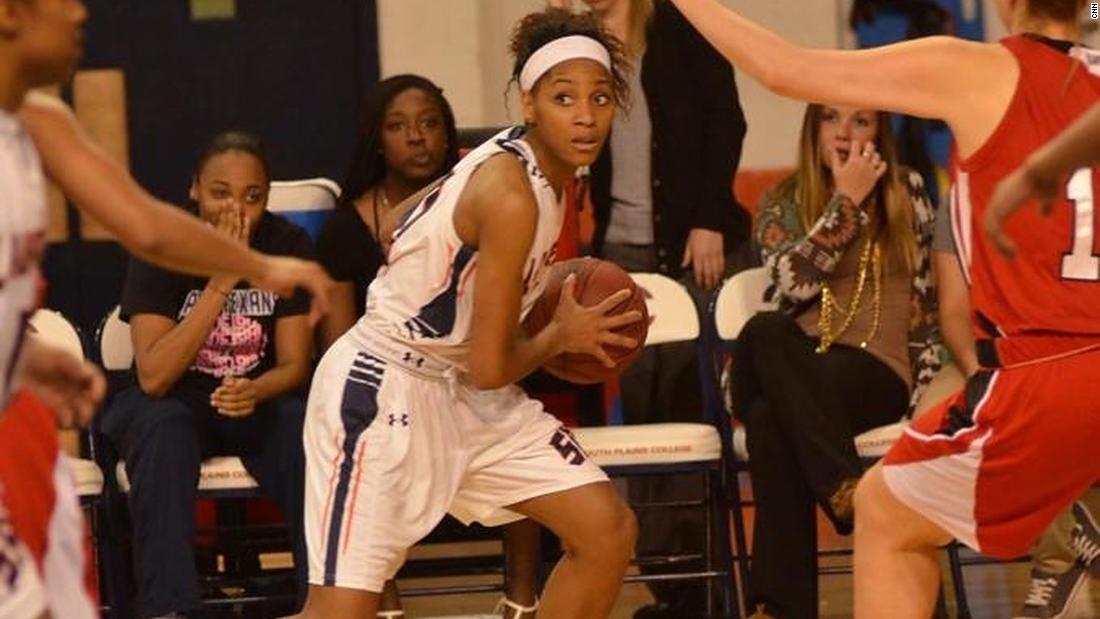 The Gabonese basketball star said the sport made her feel “free,” and she learned to play the game after a childhood friend encouraged her to do so.

“My friend, she was a little girly girl. She told me, ‘Come try basketball, it can be fun because I know you can jump and all that.’ I said, ‘OK, let me try.’ And I never turned back after that,” she told CNN.

Now 25, Lucchesi spends a lot of time in and out of Gabon, coaching and mentoring aspiring young basketball players.

She plays for the Gabonese national team, and organizes training camps in Libreville, the country’s capital city, teaching the basics of the game.

Learning to play the game

Lucchesi was born in Ndende, a small city in southern Gabon, but moved to France with her parents when she was only 6 years old.

“My dad is French, so they [her parents] decided that I was going to go in France and learn more about my other half of my culture,” she said.

As a child in a new country, Lucchesi says she struggled to reconcile her European and African identity. Until she fell in love with basketball.

“I was trying to figure out who I was … because I was always angry and never knew how to express that anger outside of me,” she said.

“So, when I learned basketball, I felt I was free, I was happy, I also learned to communicate with all the people of other environment,” she added.

As her confidence grew, so did her skills.

Lucchesi spent her teenage years playing for clubs around France, before setting her sights further west — the United States.

Her talents earned her a full scholarship at the University of Bridgeport in Connecticut where she played for the university team and even won an athletic award. She later joined the coaching staff as a student assistant coach and graduated from Bridgeport in 2017 with a degree in international business.

Lucchesi’s passion for the sport brought her back to her motherland.

She recently started her own non-profit foundation that she named Belle Vie, which means “beautiful life” in French. The foundation helps to nurture talents and provide opportunities to play for young Gabonese basketball players.

“I want to use my non-profit to educate them at first because they’re missing information about international basketball … I am trying to work with my old coaches in the United States. If they can come down here and teach them,” she said.

Through Belle Vie, she says she will scout and recruit the best players so that they can get further training outside of Gabon.

And while her organization is only just getting started, Lucchesi hopes to play a significant role in the future of Gabon’s basketball space.

According to her, there needs to be collaboration between the government, basketball associations and non-profits like hers to improve the state of the game in the country.

“I would like to work with the Basketball Federation of Gabon to help these children … because when I see teams like Senegal, Nigeria, Cameroon being successful with their organization, I’m a little bit jealous,” she said.

Lucchesi, who is also a singer, hopes to get Gabon’s women’s basketball team to the Olympics

“I think a lot of children and women are looking up to me because, I mean, I was one of the first Gabonese to go play in the United States and come back,” she said.

“And I think a lot of children see in me, something that they could do, and I am glad to be the image that they can copy.”