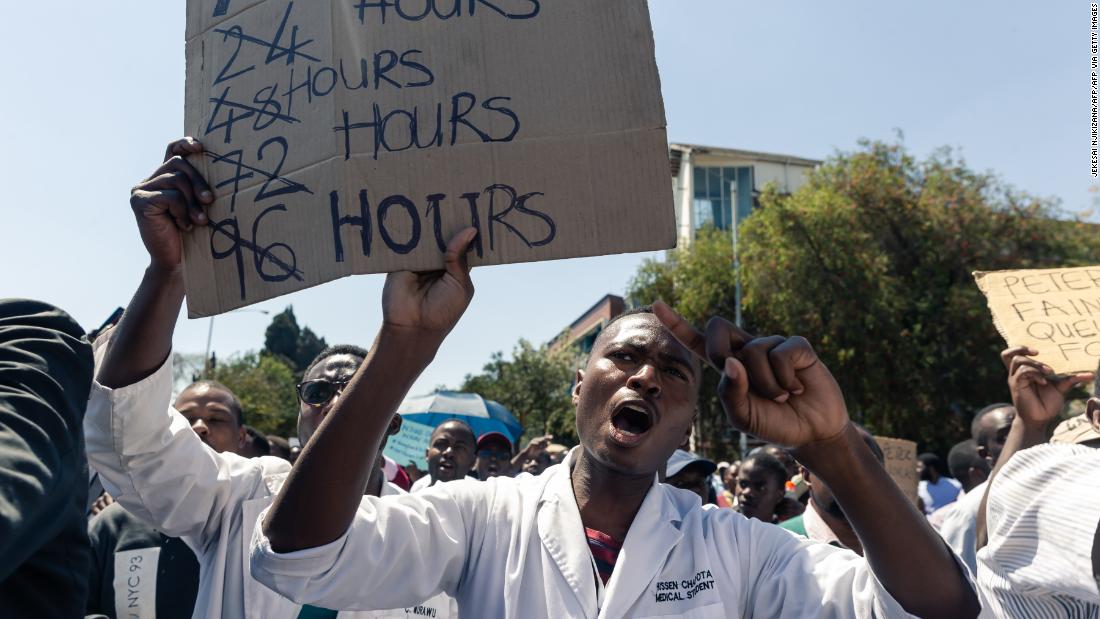 Junior doctors in the country’s public hospitals downed tools in September to protest poor wages which had been worsened by the Zimbabwe’s economic crisis.

Two months later, the Senior Hospital Doctors Association (SHDA) joined their colleagues, saying they could no longer cope with the poor working conditions and the dire state of health facilities in the country.

Masiyiwa’s fellowship through his family’s HigherLife Foundation has brought an end the wage impasse between the striking unions and the government, at least for now.

The HigherLife Foundation Medical Doctors Fellowship will give monthly allowances to doctors working in the nation’s public hospitals for the next six months, the foundation said in a statement released to CNN.

Masimba Ndoro from the Zimbabwe Hospital Doctors Association, which represents 600 doctors working at 1,600 government-run hospitals and clinics across the country, said half of its members have already enrolled for the fellowship.

However, nothing has changed, he said.

“Nothing really has changed based on the fact that the tools of trade and drugs are still inadequate, and remuneration still is inadequate,” Ndoro told CNN.

“Putting the patient first, we are furthering our commitment to supporting our healthcare system and enabling more people to receive the critical care they need and deserve,” HigherLife said.

The doctors union had described the deplorable state of health hospitals as a “silent genocide.”

They complained that they lacked basics like bandages, syringes, and medicines to carry out their duties.

The doctor’s association said it would continue to engage the government for a long-lasting solution to the dispute.