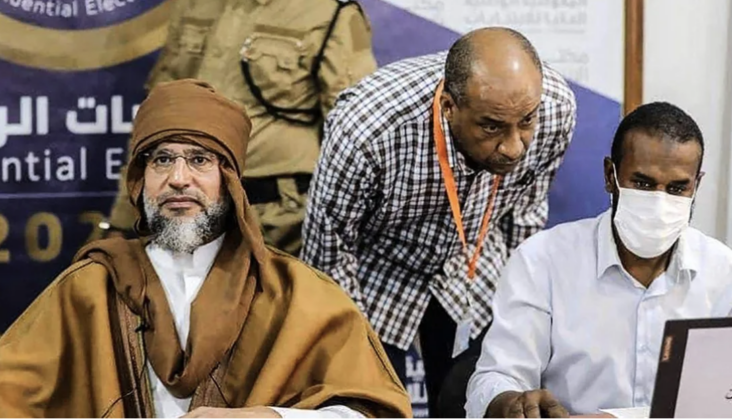 As soon as he appeared, he disappeared. The announcement that he would be running in the presidential elections was a bombshell at the end of 2021. However, the election was then postponed indefinitely and the former leader’s son returned to the shadows.

Like a joker who appears at the last moment to turn the tables, Seif al-Islam Gaddafi is waiting for his moment, sure of his growing popularity among a population nostalgic for the former regime’s opulence. What is Gaddafi’s successor up to? Who are his loyal lieutenants?

Now in his fifties, he has swapped his black ideal son-in-law suits for the light-coloured tunic of the Sahara to better blend into the local traditional landscape. Although his dimple may be hidden under a thick salt-and-pepper sheikh’s beard, his face is still recognisable to thousands.