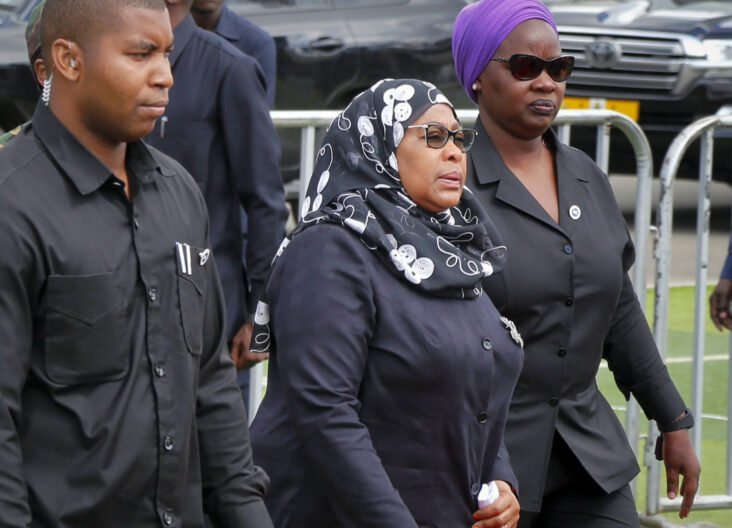 President Hassan inherited a divided nation. But in her first days in office, she created a sense of optimism, not just through her calls for reconciliation and national unity, but by her candour.

Careful not to upset the hardliners in her party, Chama Cha Mapinduzi, she was calculating in achieving her boldest reversal – the country’s Covid-19 ambivalence. An advisory expert committee helped pave the way for Tanzania to join the COVAX programme and begin vaccinating its citizens – with the president taking the lead. The new president also spoke against suppressing media freedom. She released dissidents and pledged to meet the opposition.

But now her leadership is under scrutiny over her handling of demands led by opposition leaders for a new constitution. On 21 July, Chama cha Demokrasia na Maendeleo party leader Freeman Mbowe was arrested as he prepared to address a constitutional forum arranged by his party. He was slapped with terrorism charges.

The continued harassment of the opposition, arbitrary arrest and trumped-up charges are a reminder of the inadequacies of the current constitution and the need for constitutional reforms.

How Tanzania got here

One of the promises that Hassan made as she assumed office was her willingness to meet the opposition. Previously, opposition party leaders and members were harassed and brutalised and political party activity was unlawfully banned in July 2016. But the clamour for constitutional reform has set her and the opposition on a collision course.

Chama Cha Demokrasia na Maendeleo has vowed not to participate in another election under the current constitution. It has called for reforms to the management of elections, which can often be shambolic.

There have also been demands for an independent electoral commission as well as the restructuring of the union between Tanganyika and Zanzibar. These two make up the United Republic of Tanzania.

One of the defining features of Tanzania’s current constitution is the imperial powers vested on the head of state. Founding leader Julius Nyerere once remarked that the constitution gave him the status of a god. Together with the need to curtail the powers of the president, there has been a demand for a progressive law that is anchored by the principles of human rights, freedoms and institutional accountability.

The current constitution came into effect in 1977 during single-party rule. By design, this constitution consolidated one-party dominant rule, which has been the defining feature of Tanzania’s politics.

Recent constitutional reforms in Tanzania began in 1991 with the setting up of the Nyalali Presidential Commission to advise on the transition from single-party rule to multiparty democracy. This commission made a host of recommendations which led to other reform demands such as the restructuring of the union between Tanganyika and Zanzibar.

In 2010, Tanzania’s fourth president, Jakaya Kikwete, initiated a process to comprehensively review the 1977 constitution. Led by Judge Joseph Warioba, it culminated in a draft constitution that was presented to a Constituent Assembly for debate. One of the changes proposed was a three-tier union structure. But political intrigue stifled this.

Why a new constitution?

The clamour for a new constitutional dispensation in Tanzania is not new. However, the country’s slide to authoritarian and repressive rule in the past few years has reignited the hunger for change.

Constitution-making through popular participation is crucial in strengthening national unity and empowering public support for nation-building. Countries such as South Africa and Kenya have demonstrated that such reforms are possible.

Tanzania has enjoyed relative political stability over the years. But it needs a new constitution to address contemporary challenges such as poverty, inequality and corruption. A constitution could strengthen public institutions through good governance and accountability.

President Hassan still enjoys public goodwill early in her term. She, therefore, has a historic chance to peacefully steer Tanzania towards a new constitution. She can draw on this goodwill, her collegial approach and her experience as the vice-chair of the 2014 Constituent Assembly to take control. If not, today’s political demands could evolve into tomorrow’s political crisis.