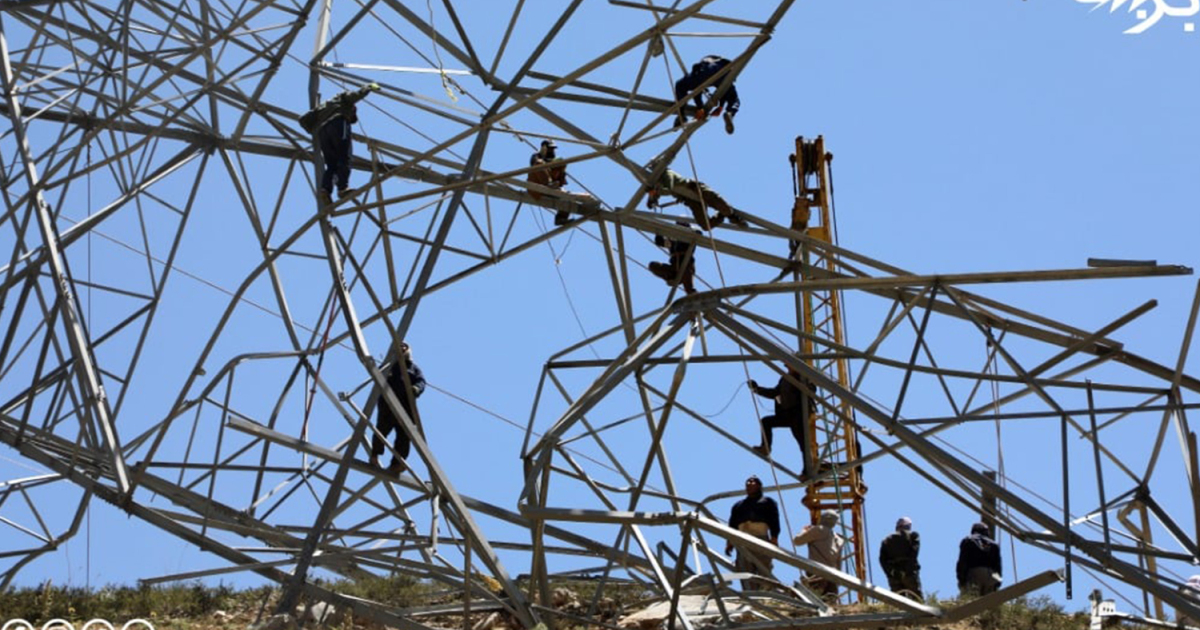 Kabul, Afghanistan – When 30-year-old Ali Atayee enrolled for his first computer lessons as an Afghan refugee child growing up in Iran, he knew then this is what he would like to pursue as a career in his adult life.

When he returned to Afghanistan in the years that followed, with that one goal in mind, Atayee directed all his energy, time and resources to learning computer science, particularly web development.

A graduate of Kabul’s prestigious American University of Afghanistan, Atayee has worked with many growing Information Technology (IT) businesses and development projects in the small, yet thriving IT sector in the country.

Over the last couple of years, Atayee has moved to working as a freelance web developer for local companies.

“I had a passion for computer programming but also seeing how the situation was improving in Afghanistan back then, I speculated there would be a lot more development and opportunities in the sector by the time I had graduated,” he told Al Jazeera.

As more and more Afghans came online – 12.8 million Afghan internet users as of 2021 – the industry flourished over the last 20 years.

A USAID report in 2012 noted that the telecommunications field had become one of the largest revenue-generating sectors in Afghanistan with an annual average revenue of $139.6m, accounting for more than 12 percent of the total government revenues.

The IT sector in Afghanistan was deemed one of the few success stories of the war-ravaged nation by many experts.

“It was one industry where the public and private sector have been able to build a partnership to provide services to Afghans, while generating revenues for the government and private companies,” Mohammad Najeeb Azizi, the former director of Afghanistan Telecom Regulatory Authority (ATRA), told Al Jazeera.

However, this potential is quickly ebbing away as the conflict in Afghanistan worsens, with the United States-led forces leaving the country and Taliban regaining a foothold in  a nation it once ruled with an iron fist.

As the Taliban makes sweeping gains across the country in the last two months, Afghanistan’s IT and other basic infrastructure have come under frequent attack.

Islam Qala is also a migrant crossing where a number of international NGOs operate, working with thousands of deported refugees daily.

The Taliban attack has left the residents in the city without internet connectivity.

Last month, the ATRA reported that 28 telecommunication antennas were destroyed across the country in the last three months, while another 23 were partially damaged due to the ongoing conflict, seriously affecting digital and mobile communication services in the country.

Simultaneously, the impoverished nation’s electricity infrastructure was also taken out, making the power supply extremely erratic even in capital Kabul.

Afghanistan imports nearly 70 percent of the 1,600 megawatts of its electricity needs from neighbouring countries through these pylons.

“Some were completely destroyed while others were partially damaged, affecting power supply to Kunduz, Baghlan, Kabul, Nangarhar and Parwan provinces,” Niazi said.

While Niazi did not share who the attackers were, the Afghan government has frequently blamed the Taliban for the infrastructural destruction.

Millions of Afghans have become intimately familiar with regular power cuts and being forced to navigate daily tasks and chores with just a few hours of electricity supply.

However, the lack of electricity has badly hit the country’s small IT sector, particularly for young professionals like Atayee.

“People in Kabul get only a few hours of electricity per day, some not even an hour, which is only enough to charge your devices and it gets cut again,” he said to highlight the challenges of delivering work amid the power and internet cuts.

As a freelance web developer, Atayee has struggled to meet deadlines on his ongoing project.

“I have barely been able to get any work done lately, and all my tasks are piling up. The other day, my laptop charger got fired due to the unstable electric currents. It not only slows down my work, but also creates a problem for the clients who are trying to launch a website for their new business,” he told Al Jazeera.

“If I don’t deliver on time, I lose clients.”

“They are hesitant to bring their business online or use technology to their advantage. It impacts both the customers and the professionals in the field,” he said.

“We are so behind in the use of technology compared to other countries. We should have at least had online payment capability by now.”

Many businesses in Kabul’s IT sector have bought large power generators and invested in proper electricity backup to ensure continued supply. But the costs eat into their profits.

For smaller businesses and freelancers such as Atayee, it also means the opportunities of work that previously seemed abundant are no longer lucrative.

“When the infrastructure is not ideal, business won’t invest in the online space. As a result, there are fewer tech-related jobs. So many people who study this as a major are working in other fields,” he said.

Afghanistan’s business experts warn that if the conflict continues at the same pace, the additional infrastructure costs and risks will discourage new investments.

“When warring factions shut down services, it affects the revenue generation of these companies and makes it difficult for them to justify the costs. It could lead to a decision to proactively shut down sites or reduce investment on its upkeep, depriving locals of these essential services,” ATRA’a former director Azizi said.

It is not only the private businesses affected financially by the Taliban attacks on IT and electricity infrastructure. DABS spokesman Niazi told Al Jazeera the cost of repairing the power pylons has been mounting, putting pressure on the government treasury.

“If one pylon is completed destroyed, it costs around $100,000 to get it back up. Other smaller damages incur costs anywhere between $500 to $5,000,” he said, adding that Afghanistan’s national electric company has spent close to $1m only in the last six months.

According to Azizi, it is the regular citizens who are most affected by the infrastructure damages.

“Afghans use communication services not only to improve their lives but to remain in contact with their loved ones in such critical times,” he said.

“Telecom is a public service infrastructure and a basic need of the Afghan public.”

Azizi appealed to the fighting factions to “protect essential services which are not only used by ordinary citizens but also by the warring parties”.

Niazi said the Taliban attackers were the “enemies of light”, who are turning an essential infrastructure into another casualty of war.

“It is an attempt to not only push the country into physical darkness, but also intellectual darkness.”