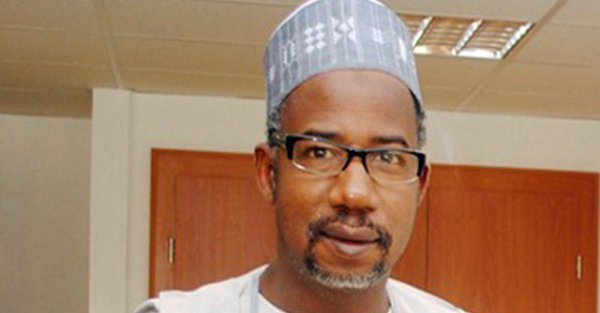 The atmosphere remained calm in Bauchi on Monday in spite the confirmation of Gov.Bala Mohammed of the Peoples’ Democratic Party (PDP) as the duly elected governor of the state by the Supreme Court.

News Agency of Nigeria (NAN) Correspondents report that people went about their normal businesses, just as there were no incidents of wild celebrations as anticipated.

It would be recalled that the State Police Command had prohibited any form of celebration as a precautionary measure to guard against any breach of the peace.

Speaking shortly after the judgement was delivered, Bauchi State Commissioner of Information, Dr Ladan Salihu, said the apex court had confirmed to the people of the state, the person they chose to be their leader.

According to him, it is indisputable that Mohammed won the election, describing the time and resources spent in challenging his victory in court as needless.

Salihu called on all people of the state, regardless of their political affiliation, to join hands with the governor and develop the state.

In his reaction, Alhaji Yayanuwa Zainabari, Publicity Secretary of PDP in Bauchi, attributed the victory of the governor at the apex court, to ‘Devine intervention’.

“We appreciate the governor’s supporters for their fervent prayers by keeping vigil at mosques.

“The victory could not have been possible without the divine intervention of God and the sacrifice of people through night prayers,” he said.

He assured that the present administration under PDP, would deliver on it’s mandate as it was evident in most of the projects embarked upon by Gov. Bala Mohammad.

The Party publicity Secretary further called on everybody, including members of opposition parties, to come and join forces with the present administration in taking Bauchi to greater heights.

Also speaking to NAN, Alhaji Bakoji Bobbo (PDP) Minority Leader, Bauchi House of Assembly, said that the victory would ginger his party to deliver on its mandate to the people.

He said the issue of election had come and gone now, adding that the only task ahead was to face the electorate and all campaign promises.

The News Agency of Nigeria (NAN) reports that efforts to secure reactions of All Progressives Congress (APC) officials proved abortive as they had either switched off their telephones or refused to pick their calls.

NAN recalls that the APC governorship candidate in the state, Mohammed Abubakar, had challenged the return of Mohammed as the duly elected governor of the state, alleging electoral malpractices and irregularities.(NAN)