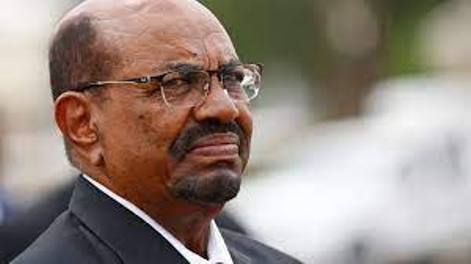 ALBAWABA – This time its from Sudan and its trending. No its no about the situation in the country, nor its about its military government but something that’s much more interesting. Its trending at (#Sudan #Sudanese); its also trending in Arabic at (#عمر_البشير #السودان).

What’s all the fuss is about and why is Omar Al Bashir, Sudan’s former ruler, who was ousted in 2019 and ruled Sudan for 30 years before that, in fact since 1989?

Well, a video clip is being circulated on different social media platforms showing Bashir moving freely in his hospital room and visiting friends.

Bashir was supposed to be in prison but apparently he was moved to a Al Alia military hospital last December because of a Covid-19 infection and continued to stay in hospital.

Many Sudanese are angry at seeing the video clip especially since Bashir is under arrest and facing a lawsuit against him that is currently being heard in Sudan about his role in the 1989 coup that brought him to power as president of Sudan.

The hospital videoclip has long gone viral with either tweets and reposts. Why has he remained in hospital, why isn’t he back in prison, what about his court hearings? One question at a time please. He remains in hospital because its better for his health; he is still sick. But judging from his movements he seems to be ok. What the big deal about high blood pressure?

As well, his court hearings are still going on though, clearly he is not attending, but we are being assured by his lawyers that everything is moving forward and there is nothing to be worried about. His lawyers previously told the court that he can’t attend the hearing because of his health condition.

One says “thank you Bashir for standing with Saudi Arabia in the war with Yemen:

However, most Sudanese are angry with the video clip. They don’t want to see him wondering freely in the hospital.