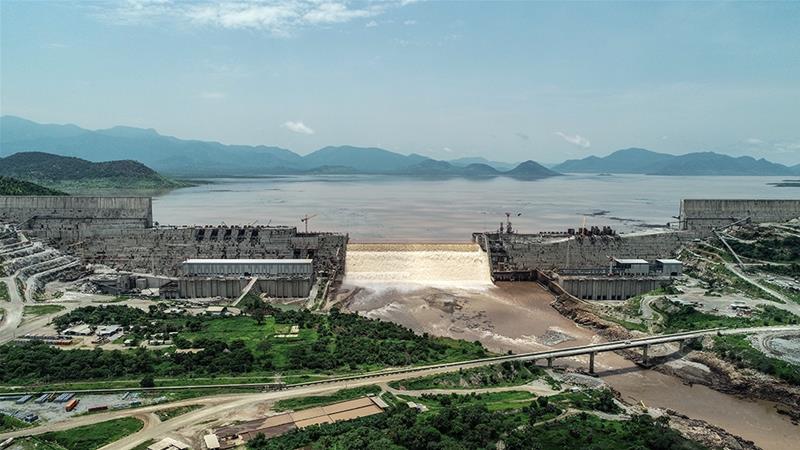 Sudan, Egypt and Ethiopia kicked off Sunday the latest round of talks over Addis Ababa’s controversial dam on the Blue Nile, waters critical to the two downstream nations.

The week-long negotiations, held via videoconference, include water ministers from the three countries, as well as representatives from the African Union, European Union and the World Bank.

Previous three-way talks have failed to produce an agreement on the filling and operation of the vast reservoir behind the 145-meter (475-foot) tall hydropower Grand Ethiopian Renaissance Dam (GERD).

Egypt, which depends on the Nile for about 97 percent of its irrigation and drinking water, sees the dam as an existential threat.

Sudan hopes the dam will help regulate flooding, but has also warned that millions of lives would be at “great risk” if Ethiopia unilaterally fills the dam.

Meanwhile, Ethiopia views the project as essential for its electrification and development, and insists that the flow of water downstream will not be affected.

“The three sides agreed to continue discussing the issue through a six-member team including two representatives from each country,” Sudan’s water ministry said in a statement.

The team, it said, will put “a frame of reference” on the role of experts to facilitate the talks, and will submit their report to the water ministers from the three countries by Wednesday.

In July, Addis Ababa declared that it reached its first-year target for filling the reservoir of the mega-dam, which can hold 74 billion cubic metres (2,600 billion cubic feet) of water.

Last month, US President Donald Trump appeared to suggest that Egypt may destroy it in remarks that were seen by Ethiopia as inciting “war”.

Egypt and Sudan have long called for a political solution to the dispute, voicing rejection against any unilateral action by Ethiopia.

The Blue Nile, which rises in the Ethiopian highlands, meets the White Nile flowing from East Africa at the Sudanese capital Khartoum to form the Nile, traditionally considered to be the world’s longest river.