Nigeria: We Have Failed Our Children – Finance Minister 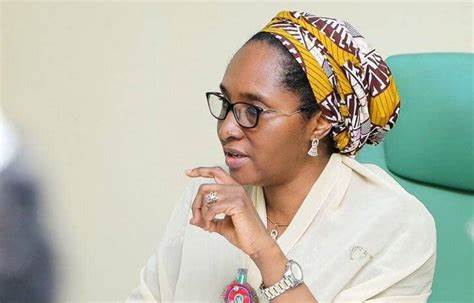 The Minister of Finance, Budget and National Planning, Zainab Ahmed, has urged parents to instill family values in their children as a way to save the country from degeneration.

The minister made the call on Saturday in Kaduna during a stakeholders’ engagement with 77 district heads, religious and community leaders from the 23 Local Government Areas of Kaduna State.

“We are calling the attention of parents that we have failed our children in the sense that the kind of values we use to have is no more.

“We need to remind ourselves that our children need to be upright and that this criminality going on, on daily basis, is not for their benefits and the benefit of the state and country.

The minister appreciated efforts by the Kaduna state government in managing security issues in the state.

Mrs Ahmed told the stakeholders that the federal government has created a N75 billion entrepreneurship support fund, to enable youth in the country grow their businesses and be economically independent.

The minister explained that the fund would support the youth to actualize their innovative and enterprenueral ideas, be productive and employers of labour.

Also speaking at the event, the Minister of Environment, Muhammad Mahmud, called for collective efforts to tackle the security challenges in the country.

He urged the stakeholders to support government in addressing the security challenges and unemployment in the country.

The minister advised the youth to be self reliant, by focusing on skills acquisition and not depending on government.

Mr Mahmud urged the leaders to be advocates of peace in their respective communities in order to bring about meaningful development.

Earlier, the Kaduna State Deputy Governor, Hadiza Balarabe, appealed to the stakeholders to sensitise their communities on the need to always uphold the law in all their conducts.

According to her, the state government will remain resolute in dealing with any lawlessness and criminal acts.

She also condemned the recent spate of looting and destruction of public and private properties.

“These mob actions are unreasonable and intolerable,” the deputy governor said.

She expressed the hope that the interactions would lead to understanding and collective efforts to develop the state.

“As good citizens, it is part of our civic duty to support government in the development of the state.

“So, we need this interactions between the government, traditional and religious institutions that allow us to reason together.

“It is agreed that there are problems, but government is doing all it can to address them. I urge all on the need to join forces to save the society from those seeking to destroy it.

“This is a responsive government and we have listened to the demands of our people and are doing our best to address them,” the deputy governor added.

The stakeholders tasked the government to do more in securing the lives and property of the people.

They appreciated the government for its efforts so far in managing the security situation across the state, and

requested that such interface be held quarterly, to address emerging challenges.