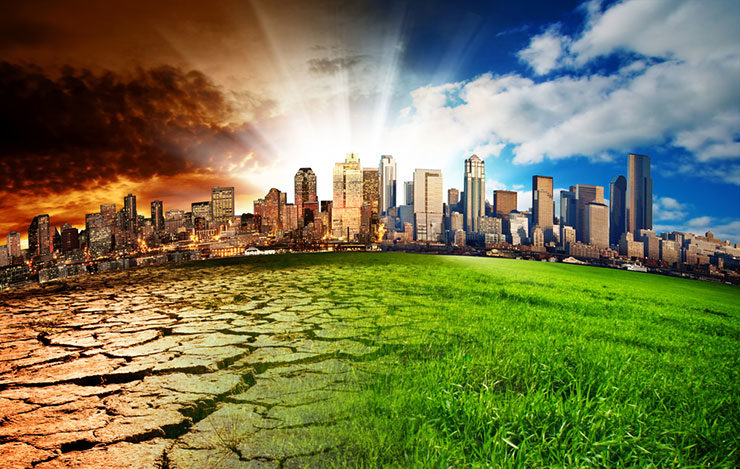 Some secondary school students and those of the University of Abuja have called on government at all levels to take action against global warming and climate change in the country.

They made the call in Abuja at the commemoration of the Fridays For Future (FFF) Global Action Day, organised by the Global Initiative for Food Security and Ecosystem Preservation (GIFSEP).

FFF is an international movement of school students and young people demanding actions from government and multinationals in order to prevent further global warming and climate change.

“We youths are demanding that government should intensify efforts to implement policies on climate change,” Sadiq said.

Miss Iwuh Nneka, a former member of Eco Club, Government Girls Secondary School, Dutse, who described students as leaders of tomorrow, stressed the need for them to be knowledgeable on climate change issues and proffer solutions to them.

“We are using this opportunity to tell our leaders and people to take actions against these man-made activities.,” she said.

Grene Gbara, a student of Government Secondary School, Lugbe, presented a song to appeal to Nigerians not to pollute or harm the environment, adding that they should imbibe the habit of environmental cleanliness.

“Government should stop issuing coal mining licence and end gas flaring in the country. Our energy challenge can be solved with renewable energy.

“We are happy with the effort the government has made so far with its solar energy project in Bayero University Kano and Sabo Gari Market in Kano among others.

“Government should extend it to other rural communities that don’t have electricity. We should not using generator all over polluting the environment,” he said.

Michael said that the event was to build capacities of the young ones particularly students in the FCT.

“We are delighted that for the first time students of University of Abuja also joined us.

“It is also aimed at creating awareness among the young people to continue put pressure on their parents, teachers and the society at large to take action on climate change,” he said.

According to him, government should stick to the implementation of Paris Agreement on Climate Change.

“We want government to improve on Nationally Determined Commitment to address climate change,” he said.

Agbo, who also described herself as climate reality leader, said that Nigeria should borrow a leaf from some advanced country that we’re going into the usage of electric cars.

“Let be a shift from fossil fuel to renewable energy, we have seen a developed country is going into electric cars. Government should put a stop to the use of coal.

“We are demanding for just solutions to the climate issues we are having.

“And this is an avenue ito pass message to our leaders that renewable energy is proven successful and it is cost effective,” Agbo said. (NAN).

The hunt for coronavirus variants: how the new one was found and what we know so far

Zambia Introduces Tough COVID-19 Measures, Vaccination for All Civil Servants to be Mandatory