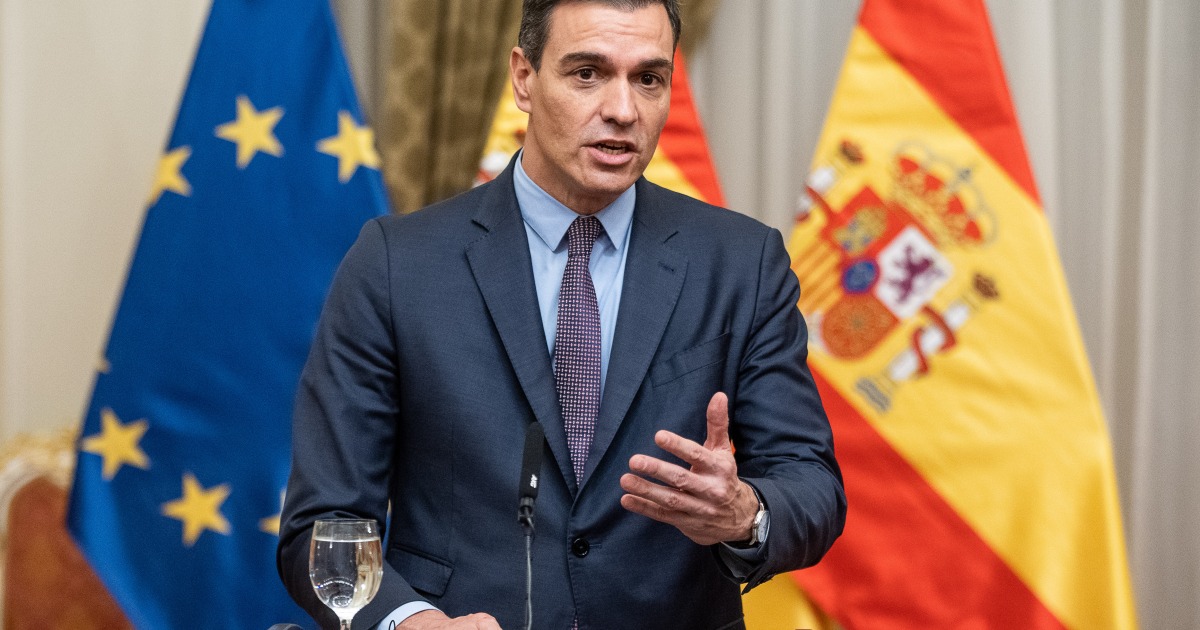 Authorities say the phones of the two top officials were tapped in an ‘illicit and external intervention’ last year.

Spanish authorities have said that the mobile phones of Prime Minister Pedro Sanchez and Minister of Defence Margarita Robles were tapped using Pegasus spyware in an “illicit and external” intervention.

“It is not a supposition, they are facts of enormous gravity,” the minister of the presidency, Felix Bolanos, said, confirming the news on Monday.

“We are absolutely certain that it was an external attack … because in Spain, in a democracy like ours, all such interventions are carried out by official bodies and with judicial authorisation,” he said.

“In this case, neither of the two circumstances prevailed, which is why that we have not doubt that it was an external intervention. We want the justice ministry to investigate,” Bolanos added.

He did not say whether the Spanish authorities had any indication yet where the attack originated from or whether another country was behind it.

Bolanos said that Sanchez’s phone had been tapped in May 2021 and Robles’ in June of the same year.

“A determined amount of data” was extracted from both phones, he added. “There is no evidence that there was other tapping after those dates.”

Pegasus spyware silently infiltrates mobile phones to extract data or activate a camera or microphone to spy on their owners.

The Israel-based NSO Group, which owns Pegasus, claims the software is only sold to government agencies to target criminals and terrorists, with the green light of Israeli authorities.

The company has been criticised by global rights groups for violating users’ privacy around the world and it faces lawsuits from major tech firms such as Apple and Microsoft.

After the allegations of spying on members of the Catalan separatist movement, the minority government’s key ally in parliament, Catalonia’s leftist pro-independence party ERC said it would not support the government until Madrid takes measures to restore confidence.

The European Union’s data protection watchdog has called for a ban on Pegasus over allegations it has been abused by client governments to spy on rights activists, journalists and politicians.