Somalia: Half Fees for All Somalia Women Vying in Coming October Elections 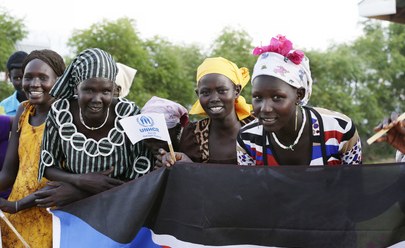 Somalia is halving the registration fees for women candidates to encourage more participation in the upcoming elections.

Last week, the National Consultative Council, an organ created with representation from the Prime Minister and five federal states, finally fixed a definite timeline for elections that will culminate in presidential polls on October 10.

Prime Minister Hussein Roble has said women aspirants at all levels will pay half the official registration fees.

“The Council, in considering a request from women, has reduced the fee for [female] candidates for member of parliament by 50 percent,” Mr Roble said.

It means that female parliamentary candidates will pay $20,000, as opposed to the $40,000 required by the National Electoral Commission for Senate hopefuls, or $15,000 for the Lower House as opposed to $30,000. The fee itself has been a bone of contention and leaders had asked it to be lowered for all candidates. Presidential contenders will be required to pay $50,000.

This offer adds to an earlier agreement by leaders to reserve at least 30 percent of seats for women, although the officials have not explained exactly how that will happen.

Somalia will conduct indirect elections this time, again, where delegates from the five federal states, appointed through clan elders and the NEC, are sent to designated venues to vote. The country does not nominate MPs like other countries do to increase minority groups in parliament.

The election programme released on Wednesday, also shows that starting Monday July 5, the electoral teams will be trained on polling conduct after which they will supervise an indirect election for 54 members of the Senate on July 25. After that, the team will prepare delegates to vote for 275 members of the Lower House, also known as House of the People. That should run between July 15 and August 10.

The actual vote for MPs of the Lower House should happen in a staggered format across the country, with states expected to have done the voting between August 10 and September 10, 2021.

After the legislators take oath of office on September 20, it will then open the floor for campaigns ahead of elections on October 10.

Meant to have been done by February, Somalia’s President Mohamed Farmaajo failed to have stakeholders agree on the model. Instead, he tried to extend the term, which was opposed both within and outside of Somalia by partners.

Ahead of the polls, most of those expressing interest are male with financial muscle to sustain one of the most expensive campaigns in the region. President Farmaajo, seeking to become the first sitting head to be re-elected is facing competition from Abdikarim Guled, a former president of Galmudug state, former presidents Hassan Sheikh Mohamud and Sheikh Sharif Ahmed as well as ex-Prime Minister Hassan Khaire, seen as frontrunners.

Others in the race include Abdikadir Osoble, an unsuccessful two-time contender, former minister Abdikadir Abdishakur and Dahir Gelle, also a former Minister in the Farmaajo government before he quit.

All these leaders will face the clan-based system where clan elders influence choice of delegates, but must also spend big to sway MPs, and campaign around the country whose road infrastructure is till broken. The NEC is expected to table the actual list of candidates once they pay up the $50,000 fee per person and it is likely some may drop out and new faces emerge.

Somalia, in its post-conflict elections, all of them indirect polls, has never re-elected a sitting President nor returned a former President to power.

Adam Aw Hirsi, a Somali analyst told The EastAfrican that, in spite of the clan influence, candidates will win based on how they craft their campaigns and tune their narrative, which will need money and connections.

“Last-minute nationalism breeze can affect some voting MPs, although it will be to a lesser extent. It could tip a neck-and-neck race,” he said.

“But their final chances will be made or broken by how well their campaign teams master construction or deconstruction of narratives.”

Ahead of elections, Somalia’s security could become an important issue, especially after Al-Shabaab threatened to derail polls plan. The country also needs at least $50 million to run the elections. It is likely the money will come from donors as the local revenues last year only

Mr Isse Farah, a Mogadishu-based analyst told the Daily Nation that the completion of the electoral process may drag on to beyond October.

“Agreeing on a timeline is a positive move and a gesture of goodwill, but the schedule was drafted before solution was found for many possible obstacles,” said Farah.

He indicated that for instance a committee was appointed to clear the Gedo saga in a limited time, which he doubts it may take longer. “The National Consultative Forum should have approved and allowed time to solve the Gedo region’s election problem and then come up with the election timeline,” Farah said, indicating that it is like putting the cart before the horse.