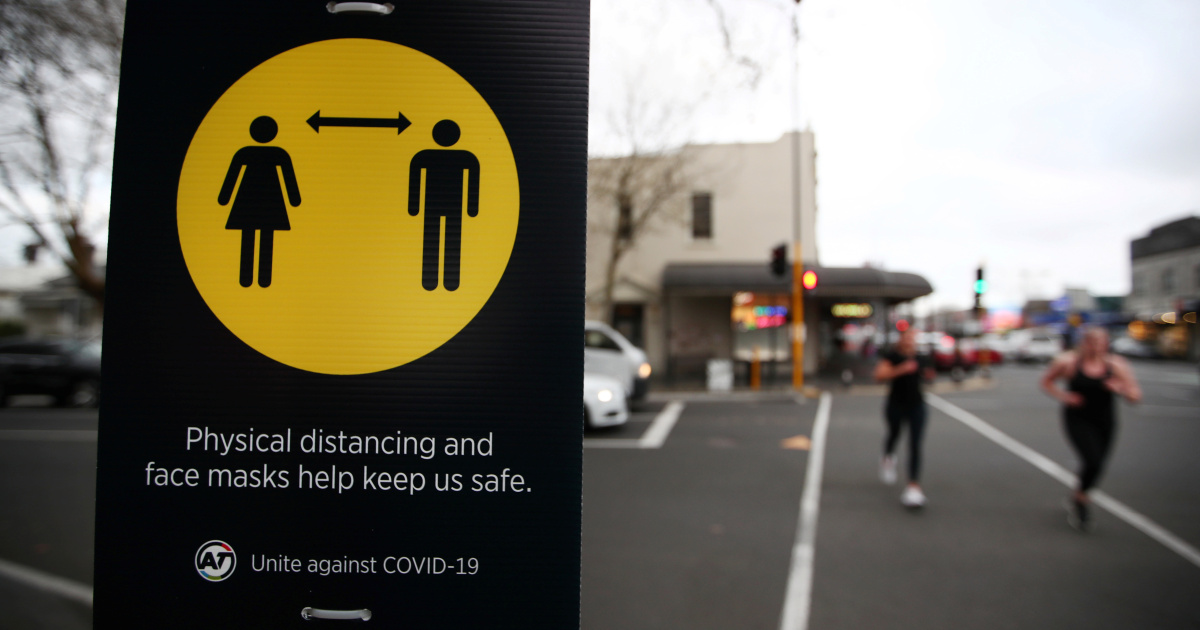 New restrictions take effect from midnight and require people to remain at home and avoid others.

New Zealand’s government has taken drastic action by putting the entire nation into a strict lockdown for at least three days after finding a single case of coronavirus infection.

Prime Minister Jacinda Ardern on Tuesday invoked some of the stirring rhetoric she used early in the pandemic by urging the “team of five million” – New Zealand’s population – to go hard and early in trying to eliminate the latest outbreak.

Ardern said New Zealand, which had not recorded any infections for six months, could not take any chances with the “game-changer” Delta strain.

“We have seen what happens elsewhere if we fail to get on top of it,” Ardern said. “We only get one chance.”

She said Auckland, where the infected man lives, and Coromandel, where he had visited, would go into a full lockdown for seven days and the remainder of the country for three days while health experts tried to find the source of his infection.

The developments prompted people to line up outside supermarkets to stock up on essential items and sparked a sharp drop in the value of the New Zealand dollar.

New Zealand had managed to stamp out the virus, and the last outbreak was in February. But Ardern had been warning that the contagiousness of the Delta variant would likely require more drastic action than previous outbreaks.

New Zealand has also been slower than other developed nations to inoculate its population, leaving it vulnerable to outbreaks. Only 32 percent of people have had at least one shot and 18 percent are fully vaccinated.

The nation’s vaccination programme had been accelerating but has been suspended for two days because of the outbreak.

Officials have been viewing a growing outbreak in nearby Sydney, Australia, with alarm, saying they do not want to make the same mistakes by waiting too long to impose strict measures.

Health officials said genome testing would not verify until Wednesday whether the infected 58-year-old man had the Delta variant, although they were working under the assumption he does.

Officials said they could not immediately find a connection between the man and the handful of people who have tested positive while isolating in quarantine after arriving from abroad. The border is seen as the most likely source of any outbreak.

The move into the strictest lockdown underscored the vastly different approach New Zealand has taken to the virus compared with most other nations, which are attempting to suppress its spread rather than eliminate it entirely. It had not needed to impose national stay-at-home orders for more than a year and life had returned to close to normal, with no limits on social gatherings and limited mask use.

The lockdown takes effect from just before midnight Tuesday. It requires people to remain at home and avoid others. Most people can leave only to buy groceries or exercise.