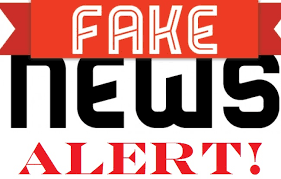 Singapore political figure Brad Bowyer on Monday corrected a Facebook post questioning the independence of state investment firms following a government request, in the first use of the country’s new “fake news” law.

Bowyer used “false and misleading” statements alleging the government influenced decisions made by state investors Temasek Holdings [TEM.UL] and GIC [GIC.UL], according to a statement on the official government fact-checking website.

Bowyer said he had placed a correction notice with a link to the government statement above his Facebook post following a request to do so under the Protection from Online Falsehoods and Manipulation Act (POFMA).

“I have no problem in following that request as I feel it is fair to have both points of view and clarifications and corrections of fact when necessary,” Bowyer said in a statement on Facebook.

“In general, I caution all those who comment on our domestic politics and social issues to do so with due care and attention especially if you speak from any place of influence.”

Bowyer, a naturalized Singaporean born in Britain, has been a member of the ruling party and opposition parties but has never stood for elected office.

A spokesman for the newly-created POFMA office said the correction requested by the minister for finance was the first case under the new law, which came into effect in October.

Rights groups have raised concerns the fake news law will be used to stifle free speech and chill dissent in the city state, where the ruling party has comfortably won every election since independence in 1965.

Singapore says it is particularly vulnerable to fake news because of its position as a global financial hub, its mixed ethnic and religious population and widespread internet access.