Senate to investigate non completion of Kadara dam in Niger 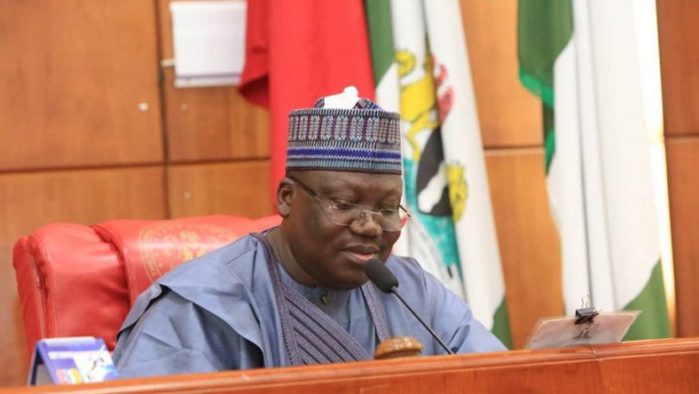 The Senate on Thursday mandated its Committee on Water Resources to investigate delay in non completion of Kagara Dam and one million gallon water treatment plant in Niger state.

The mandate, followed adoption of a motion at plenary on the urgent need for the Federal Government to complete Kagara dam and one million gallon water treatment plant in Niger State.

The motion has Sen. Mohammed Sani (APC Niger) as sponsor and 19 senators as co-sponsors.
Presenting the motion, Sani revealed that Kagara dam was first conceived and awarded by Niger Government to Kano-based Company, WRECA in 1992.

He said the sole purpose of the project was to provide portable water and irrigation needs to Kagara people and its environs to cover approximately 1,000 hectares of land.

He said because of its importance, the project was taken over by the Federal Government and awarded to Biwater Shellaber Nigeria Limited in December 1992 at the cost of N199 million .

Sani said the contract had suffered so many neglects and abandonments because of lack of substantial fund which necessitated its renegotiation in 2001.

He said the project was renegotiated at the cost N2.219 billion.

He said that in spite of the completion of work at 68 per cent, in 2006, the contractor had to stop work again because of non release of substantial fund.

He said, given the delay and eventual inflationary cost of materials, the Upper Niger River Basin Development Authority, the supervising Agency, issued a revised estimated cost of N5.5billion to complete the project in 2010.

“Disturbed that if the projects continue to be operated in a “stop and go” manner the dream of our people for portable water and economic empowerment through irrigation farming will remain a mirage,” he said.

He said if urgent action was not taken the purpose of taking over the project by the Federal Government in December 1992, subsequent budgetary allocation and work done would have been a waste.

Contributing to the motion, Sen. Sabi Abdullahi (APC-Niger), who seconded the motion said provision of water was synonymous to life.

He said there was the need to complete the project given its importance to the growth and development of the people.

However, Sen. Uche Ekwunife (PDP-Anambra) in her contribution decried the high level of abandoned projects in the country.

“We are talking about another abandoned project; this project was awarded in 1992 and was taken over by the Federal Government because of its importance.

“After 27 years we are still talking of how to complete the project.

“Mr President, this is a policy summersault, it is about successive governments not attending to the projects started by their predecessors,” she said.

According to her, she will propose a bill for establishment of a Project Monitoring Agency, which will be an independent agency in charge of all the ongoing projects.

She said it would be the duty of the agency to hand over and ensure that successive governments complete laudable projects started by their predecessors.

Also contributing, Sen. Ibrahim Hadejia, (APC-Jigawa) said the motion designed to provide 1,000 hectares of land would impact the economy of the region.

He said the motion was timely, especially when the Ministry of Water Resource had completed some projects in the last four years.

He said dams were very expensive to construct, noting that the issue of non completion of Kagara dam was not different from so many uncompleted dams.

According to him, a certain dam had been under construction for 40 years.

The senate in its resolution also urged the Federal Government to consider the socio-economic importance of the project to the life of the people.

It said there was the need for the government to consider the extent of work done on the dam and see to the completion of the project without further delay.

In his remark President of the Senate, Dr Ahmad Lawan, said it was important for the legislature to always keep under scrutiny projects of this kind.

He said the senate, via its committee, would follow up its resolution and urge the committee to keep the senate informed on the project.

The senate also considered the second reading of a bill for the establishment of a Federal Polytechnic, Orgun, Delta, to provide full time courses in technology, applied sciences, management and other fields.

The bill was sponsored by Sen. Ovie Omo-Agege.

It also considered the presentation and first reading of 11 bills.