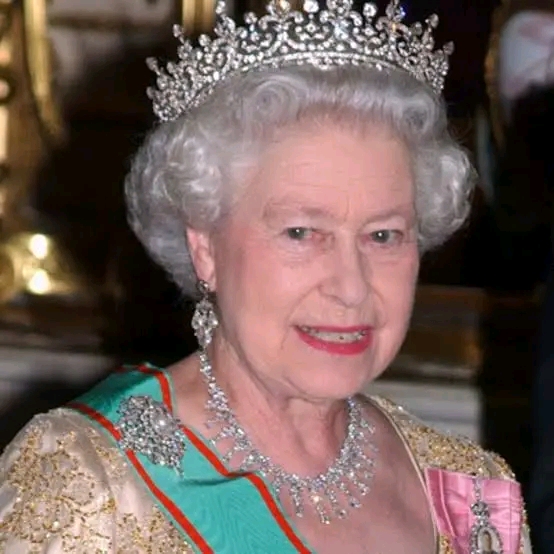 The global community woke up on Thursday, September 8, 2022 to the sad news of the demise of Queen Elizabeth II, Britain’s longest-reigning monarch, the nation’s figurehead and a towering presence on the world stage for seven decades. She died peacefully at her home in Scotland on at the age of96.

“The death of my beloved Mother, Her Majesty The Queen, is a moment of the greatest sadness for me and all members of my family,” the new king, her eldest son Charles, said.

“I know her loss will be deeply felt throughout the country, the Realms and the Commonwealth, and by countless people around the world,” the 73-year-old said in a statement.

Thousands gathered outside Buckingham Palace, in central London, and there was a stunned silence when the flag was lowered to half-mast. The crowd surged to the gates as the notice announcing the death of the only monarch most Britons have ever known was attached to the black iron gates.

On Elizabeth’s death, Charles automatically became monarch of the United Kingdom and the head of state of 14 other realms including Australia, Canada and New Zealand.

The queen, whose husband died last year, had been suffering from what Buckingham Palace had called “episodic mobility problems” since the end of last year, forcing her to withdraw from nearly all her public engagements.

Her last official duty came only on Tuesday, when she appointed Liz Truss prime minister – the 15th of her reign.

“The death of Her Majesty the Queen is a huge shock to the nation and to the world,” Truss said outside her Downing Street office where the flag, like those at royal palaces and government buildings across Britain, were lowered.

“Through thick and thin, Queen Elizabeth II provided us with the stability and the strength that we needed. She was the very spirit of Great Britain – and that spirit will endure,” said Truss, who was informed of the death at 4:30 p.m. London time.

The news stunned not only people in Britain, with condolences pouring in from leaders around the world.

“My family and I, and the more than 200 million Nigerians have learned with immense sadness of the passing of the Queen and the end of her unique and wonderful 70-year reign. Her late Majesty was the only British Sovereign known to 90 percent of our population. Our thoughts and sincere condolences are with the Royal Family, the people of the United Kingdom, and the entire Commonwealth as we join the entire world in mourning her loss,’’ President Muhammadu Buhari said.

President Buhari welcomed the ascension of King Charles III to the throne in line with tradition and prayed that he would witness the continuing robust and sisterly relations between the two nations.

“Her legacy will loom large in the pages of British history, and in the story of our world,” U.S. President Joe Biden said in a statement. He ordered flags at the White House to be flown at half-mast In Paris, the mayor announced the lights of the Eiffel Tower would be turned off in honour of her passing; in Brazil, the Christ the Redeemer statue was illuminated with the colours of the Union Jack and the government declared three days of mourning; and the United Nations General Assembly and the Security Council both stood for a moment of silence.

Even Russian President Vladimir Putin, whose country’s relations with Britain have plummeted over the war in Ukraine, extended his condolences, calling it an “irreparable loss”.

Queen Elizabeth II, who was also the world’s oldest and longest-serving head of state, came to the throne following the death of her father King George VI on Feb. 6, 1952, when she was just 25.

She was crowned in June the following year. The first televised coronation was a foretaste of a new world in which the lives of the royals were to become increasingly scrutinised by the media.

“I have in sincerity pledged myself to your service, as so many of you are pledged to mine. Throughout all my life and with all my heart I shall strive to be worthy of your trust,” she said in a speech to her subjects on her coronation day.

Despite reputedly only being about 5ft 3ins tall, she commanded any room she entered. Famed for her bright outfits, she is said to have quipped: “I have to be seen to be believed”.

Elizabeth became monarch at a time when Britain still retained much of its old empire. It was emerging from the ravages of World War Two, with food rationing still in force and class and privilege still dominant in society.

Blueprint joins President Buhari and other world leaders to mourn the passing of a revered monarch whose towering fame will be sorely missed by the 14 nations she presided over. Our condolences go to the royal family, the British prime minister and the global community, over the loss of the queen, who will be laid to rest on September 19, 2022, at London’s Webminster Abbey. It is expected that her successor, King Charles, will fit the bill of his late mother.