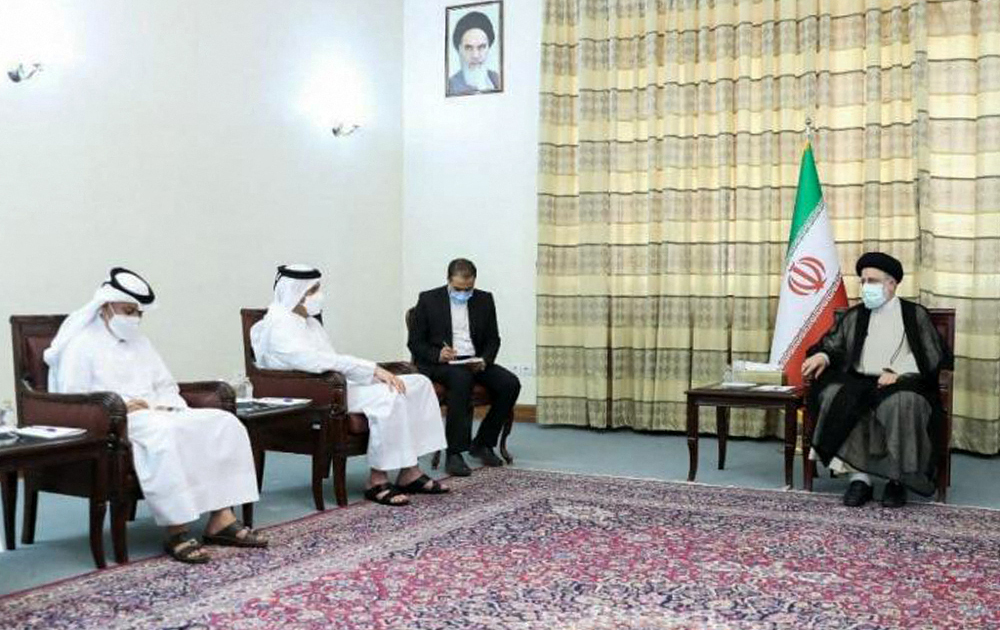 “Tehran puts special emphasis on relations with Doha,” Raisi said, noting that his administration’s priority in foreign policy will be relations with neighbours.

“Be certain that Iran wishes well for its neighbours,” he added.

Al Thani’s visit comes after he met US Secretary of State Antony Blinken in Washington on Thursday.

During that meeting, the two reviewed “bilateral cooperation and regional developments, particularly in Afghanistan, Iran, Syria and Palestine”, according to the foreign ministry in Doha.

The Qatari diplomat also emphasised the “need for an open and transparent dialogue between GCC countries and Iran, to achieve stability in the region”.

Since April, Tehran has been engaged in talks with world powers in Vienna over reviving a 2015 nuclear accord, with Washington taking part indirectly in the negotiations.

The talks aim to return the US to the deal it withdrew from in 2018 under former president Donald Trump by lifting the sanctions reimposed on Tehran, and to have Tehran return to full compliance with nuclear commitments it has gradually retreated from in retaliation for sanctions.

Iran has confirmed that the talks will not resume until the ultraconservative Raisi takes office in August.

Al Thani had also previously expressed Qatar’s readiness to broker talks between Iran and its Arab neighbours in the Gulf, including Saudi Arabia.

Raisi has said there are “no obstacles” to restoring ties with Saudi Arabia, a US ally and the Islamic Republic’s archrival in the Middle East.

Tehran and Riyadh have been engaged in talks hosted by Baghdad since April with the aim of improving relations.

Ties between the regional rivals were cut in 2016 after Iranian protesters attacked Saudi diplomatic missions after a revered Shia scholar was executed in the kingdom.