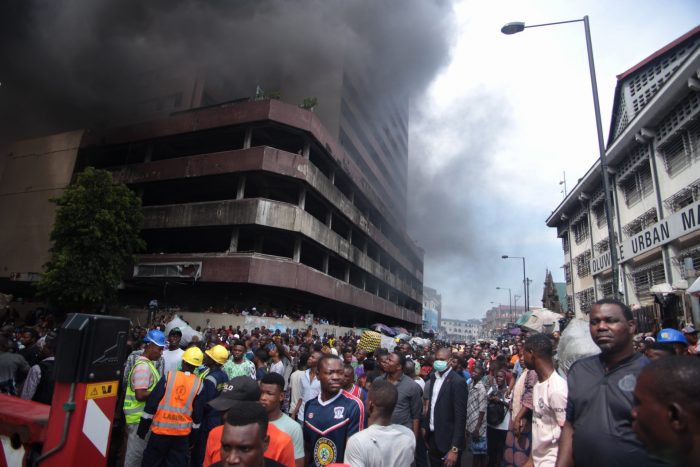 The front section of the six-storey building gutted by fire on Tuesday in Lagos Island has collapsed, killing a policeman at the scene, reports the News Agency of Nigeria (NAN).

NAN reports that part of the six-storey building located at 43 Martins Street, Lagos Island, collapsed around 8:30p.m. on Tuesday as firemen continued spirited efforts at extinguishing the inferno.

NAN reports that part of the burning building collapsed on the policeman, severely injuring him while trying to control the surging crowd.