Piracy in West Africa: The world’s most dangerous seas? 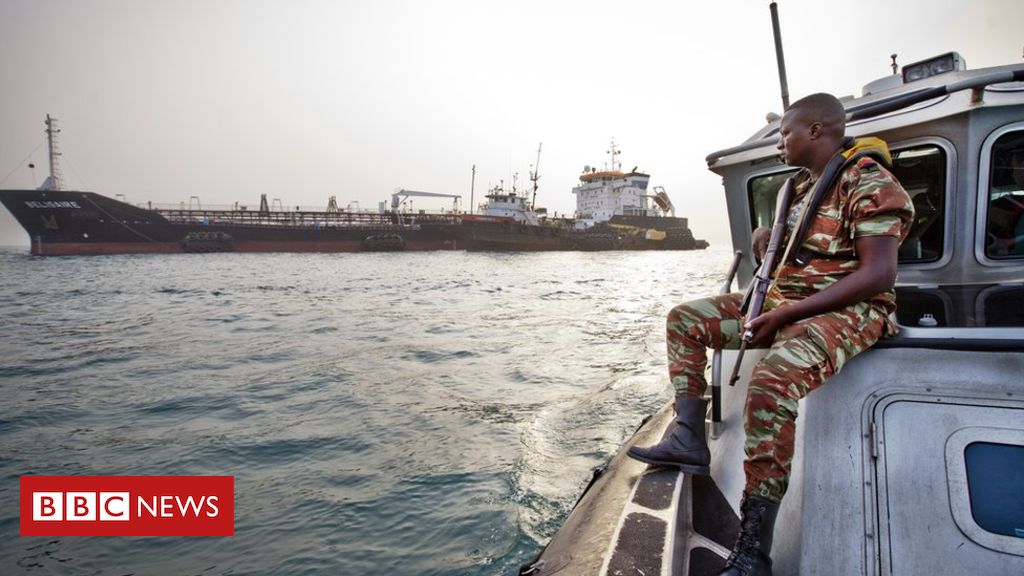 The seas off West Africa’s oil-rich coastline are now the most dangerous in the world for shipping, according to a new report.

One Earth Future, which produces an annual State of Maritime Piracy, says that while attacks have been falling substantially in some regions of the world, in West Africa they’ve been on the rise and are now more frequent than anywhere else.

So why the increase in West Africa, and what shipping is being targeted?

A strict definition of maritime piracy only includes attacks on shipping on the high seas – that is, more than 12 nautical miles off the coastline and not under the jurisdiction of any state.

Inside a country’s territorial waters and within port facilities, these attacks are defined as armed robberies at sea.

However, the data we’ve used from this latest report combines these two sets of data to give an overall picture of incidents at sea both inshore and offshore.

It’s not just the huge tankers exporting oil and gas from Nigeria and Ghana that are targeted.

Commercial ships from smaller countries are also in the sights of the pirates.

At a recent event in London, President Faure Gnassingbé of Togo – a country sandwiched between these two regional giants – highlighted his own concerns at the rise in attacks on regional shipping.

“Our region is distinguished by the resurgence of transnational criminality on the high seas in the Gulf of Guinea,” said Mr Gnassingbé.

Why are attacks rising?

Most of the attacks have been against ships involved in oil and gas transportation, such as tankers, bulk carriers and tugs. Fishing vessels have also been targeted.

The coastline off Nigeria saw the most attacks in 2018. This is partly because of “petro-piracy”, targeting tankers from Nigeria’s rich oil and gas fields.

There were also incidents reported at the loading and anchorage facilities in the Nigerian port of Lagos.

Piracy in the form of hijacking and kidnapping for ransom payments was also common off the coasts of Benin, Ghana, Nigeria, Congo-Brazzaville and Cameroon.

Rich pickings at sea, political instability, the lack of law enforcement and poverty on land are all factors which have contributed to the increase in piracy.

Most of the seafarers affected are not from the region. Around half are from the Philippines, followed by India, Ukraine and Nigeria.

One of the reasons West Africa is now the number one spot for piracy is because of the downward trends recorded elsewhere.

The East African shipping routes along the Somali coastline have been notorious for hijackings and robberies.

But since peaking in 2011, rates of piracy there have fallen off dramatically in recent years.

This is in large measure as a result of a successful multi-national effort to patrol these waters and take firm action action against acts of piracy.

Local efforts on land in Somalia to change attitudes towards permitting piracy and building legal capacity to prosecute criminals have also helped improve the situation.

In Asia, the Malacca Strait, a busy, commercially important stretch of water between Malaysia and Indonesia, experienced a high number of attacks in 2015.

Concerted action by regional naval forces has reduced the problem there, but piracy still persists.

Attacks against shipping in the Caribbean and off the coast of Latin American have, however, risen.

Venezuela in particular has become a hotspot for piracy.

“Political and economic instability is a big factor there,” says Lydelle Joubert, an expert on piracy at One Earth Future.