Pensioner strangled at home, son says mom died for a trivial thing like a cellphone 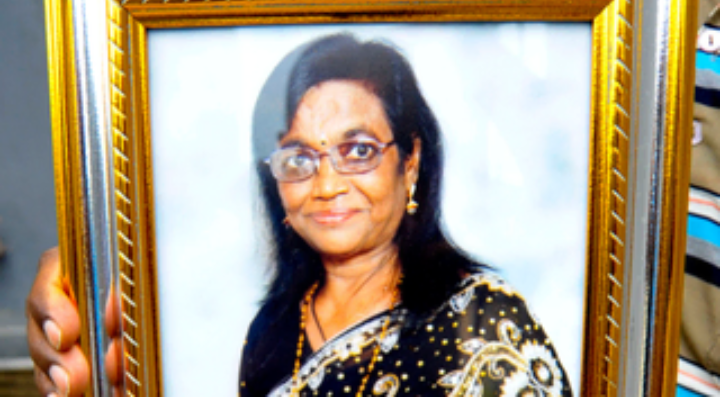 THE murder of a pensioner, Sarawathi Mangray, 72, in her home on Monday afternoon, in Phoenix, north of Durban, has gripped the community who called for the killer to be arrested swiftly.

Residents reacted with outrage to the incident on social media. Preliminary police reports alleged that Mangray’s brother Nameshwar Sookdeo, 68, returned home from work to find the doors and gate open.

Sookdeo called out for his sister but there was no response. He then found her dead on the dining room floor.

Police spokesperson Colonel Thembeka Mbele said Mangray was allegedly strangled with a belt by unknown people. The belt was from her nightgown.

Police believe robbery was the motive because the family said her cellphone and modem were missing.

Her son Hansraj Mangray said it was painful and sad that his mother had to die for something as trivial as her cellphone.

“We are baffled as to what happened. She might have known her killer because she opened the gate. It is difficult to grieve when you are confused, confusion about what happened and anger, but I guess it will settle in time,” he said.

Mangray previously worked in a clothing factory in Durban, her husband Bobby was a tailor in Ajmeri Arcade in Grey Street known as Bobby the Tailor. He later had glaucoma and became blind. Sarawathi raised their three sons. Hansraj is a doctor, his brother an engineer and his other sibling an admin clerk.

“My mother sacrificed a lot without asking for anything in return. She was an independent person. She arrived from Cape Town on December 30 after visiting her niece. If they wanted to rob the house they could have done it then.”

She was a member of the Saraswathi Cultural Society in Phoenix where she studied Hindi for the past six years.

“My mother motivated us. In Phoenix back then it was either you are part of the gangs and doing drugs or get out.

“My mother saved her earnings so I could enrol in college. For us her soul is gone, it is all about managing the body and paying our last respects.”

Sookdeo did not want to speak about how he discovered the body because the memories would haunt him as he shared a close bond with his sister.

On Sunday, he recalled giving her a calendar relating to her religion.

“She was excited and read through it and began planning a holiday to Sai Ashram in India when she saw a travel agent’s number.

“We lived in Westville and Sydenham with relatives before moving into Phoenix in 1982,” Sookdeo said.

Her body was released to the family on Tuesday.

The funeral is expected to take place at the Clare Estate Crematorium.

The post-mortem stated that the possible cause of death was strangulation.

A case of murder was opened at Phoenix SAPS for investigation.

Her neighbour and former security company director, Glen Naidoo, said together with other neighbours they were putting together all the information they could gather on the incident to hand this over to the police.

He could not divulge details because of the sensitivity of the investigation. He advised people to take the necessary precautions, especially when alone at home.

Naidoo said, “Trust nobody. Do not allow anyone into your home.”

Reacting to the news about her death on KZN VIP Crime Watch on Facebook, Ashan Baboolall said, “She was like my mother. She referred to me as her son. I am going to truly miss her. Just spoke on WhatsApp about her holiday… Aum Shanti Shanti Shanti maa.”