Pelosi asks House to draft articles of impeachment against Trump 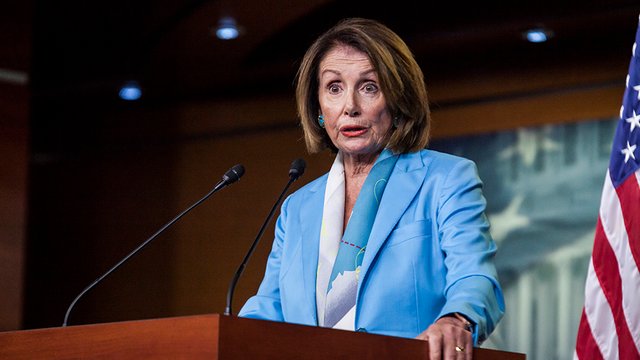 The top Democrat in the U.S. House of Representatives announced on Thursday she would ask leaders of the chamber to proceed with articles of impeachment against President Donald Trump.

“Sadly, but with confidence and humility, with allegiance to our founders and our hearts full of love for America, today I am asking our chairman to proceed with articles of impeachment,” Speaker Nancy Pelosi said.

Trump’s actions with regard to military aid to Ukraine were in defiance of “the vision of our founders” and the oath of office he took, she asserted a day after three constitutional scholars told lawmakers they fully believed that Trump had committed actions that rise to the level of impeachable offences under the U.S. constitution.

Pelosi said their testimony left no doubt that the president’s actions “are a profound violation of the public trust” and seriously violated the constitution.

“Our democracy is what is at stake.

“The president leaves us no choice but to act because he is trying to corrupt once again the election for his own benefit,” Pelosi said.

A fourth expert, who was called by the Republicans to testify on Wednesday, disputed the claims, saying the evidence was not sufficient.

Trump reacted to Pelosi’s announcement on Twitter, saying the Democrats planned to “impeach me over NOTHING.”

Impeachment is a “seldom used act” and their action could mean that it will be used routinely to attack future presidents, he said.

“That is not what our Founders had in mind. The good thing is that the Republicans have NEVER been more united. We will win!,” he tweeted.

Trump is accused of abusing the power of his office by running a “pressure campaign” involving members of his inner circle to coerce Ukraine into digging up dirt on his domestic political rival, Democratic presidential candidate Joe Biden, ahead of elections next year.

He allegedly made the announcement of an investigation into Biden’s son, who served on the board of the energy company Burisma, a condition of granting Ukraine’s newly elected president Volodymyr Zelensky a meeting at the White House and releasing the military aid.

She again defended the decision to proceed with articles of impeachment, saying that “this isn’t about politics at all. It’s about patriotism.

“If we were not to proceed it would say to any president, any future president, whoever she or he may be, Democratic or Republican, that our democracy is gone,” Pelosi reiterated to the audience.

A House vote on articles of impeachment would send the matter to the Republican-controlled Senate, where a trial of the president would be held with Supreme Court Chief Justice John Roberts officiating. A two-thirds majority would have to vote in favour to remove the president from office.

Republicans say there is insufficient evidence that Trump committed an impeachable offence and that Democrats leading the impeachment inquiry have let their emotions and hatred of Trump cloud their judgement.

Earlier on Thursday, he implored Democrats to move forward with impeachment quickly “so we can have a fair trial in the Senate, and so that our Country can get back to business.”