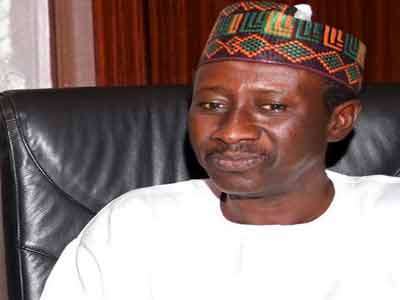 By Sumaila Ogbaje
The Office of the National Security Adviser (ONSA) in collaboration with the United Nations Development Programme (UNDP) have resolved to activate community-based platforms for preventing and responding to violent extremism across Nigeria.

The National Security Adviser (NSA), Maj.-Gen. Babagana Monguno (rtd), disclosed this at the validation meeting of the study on Preventing and Responding to Violent Extremism on Thursday in Abuja.

Monguno, who was represented by the Head of Preventing and Countering Violent Extremism (PCVE), ONSA, Mrs Aisha Garba, acknowledged the efforts of the various state governments in countering violent extremism in the country.

He said that ONSA, through the integration of strategic communication into its PCVE programming would embark on advocacy and dialogue.

According to him, it will leverage on the Nigeria Governors Forum to encourage local and state governments to mirror the National Action Plan and develop their States Action Plans for PCVE that are locally relevant.

“In this regards, Civil Society Organizations (CSOs) with expertise in peace and conflict are encouraged to partner with the state governments.

“We are working with the Ministry of Budget and National Planning and relevant government agencies to support MDAs in implementing the Presidential Directive by ensuring they are able to identify PCVE tasks annually, budget for such activities and implement appropriately,” he said.

The NSA commended the stakeholders that participated in the survey and the UNDP for providing the required level of support for the validation meeting.

He disclosed that the policy framework and national action plan for PCVE was presented to CSOs, media and international community following its launch by President Muhammadu Buhari in 2017.

Monguno said that ONSA in collaboration with UNDP conducted a survey on the factors facilitating the growth and spread of Violent Extremism in some states, including FCT as part of efforts towards supporting the implementation of the policy framework.

He added that the effort was aimed at tackling the menace of violent extremism in order to ensure enduring peace, security and development in the country.

According to him, the survey identified focal states and interacted with various stakeholders at the grassroots.

This according to NSA, includes the acts of insurgency linked to the Boko Haram insurgents in order to generate practical recommendations that will improve the contents and implementation of the action plan for PCVE.

The Team Lead, Governance, Peace and Security at UNDP, Mr Matthew Alao, said the essence of the validation meeting was to bring on board the stakeholders that contributed to the research work carried out on PCVE in five states and FCT.

Alao said that the collective mandate of the meeting was to validate the research work which was carried out by a scholar.

This, according to him, is to ensure that when we publish nobody would come say I don’t know what is there.

Alao disclosed that UNDP had been involved in training and empowerment of the vulnerable persons to violent extremism in different parts of the country.

According to him, UNDP is identifying these people and also empowering them.

“As some of you may be aware, we have done this thing in the north east where we have trained over 600 beneficiaries and empowered them,” he said. (NAN)
OYS/ISMA
========