Of valour, camaraderie and focus 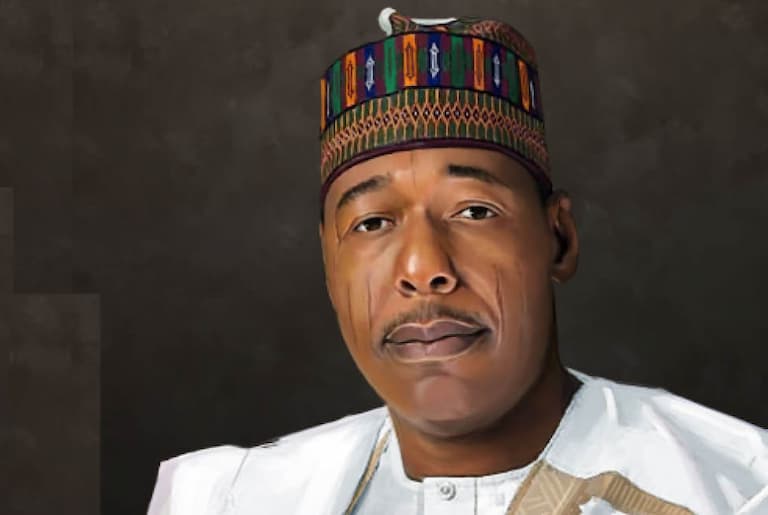 On January 14, 2020, in ‘Zulum: Protector of the North Eastern Realm’, I wrote, “I stopped dancing, or rather stopped partying almost 10 years ago, right after school, but I must say that the trending video with soldiers stepping to the beats of a new vibe, dancing to the Zulum Zulum Zulum! beats — was too irresistible and I had to play it over and over, and step up to it! The soldiers’ rifles and AKs made good material as they held them with style, dancing to a most beautiful rhythm. It was both native African or Afro-beats, as they call it, and at the same time, a blend of the most wonderful hip-hop music and dance display.

Professor Babagana Zulum, the governor of Borno state, is growing popular and fast. Youths all over the country, east and west, north and south; are all ecstatic about Zulum and the social media is awash and upbeat with GIFS, tweets, facebook posts, and WhatsApp messages. Zulum mania has caught up with young Nigerians and there seems to be a reckoning or mutual understanding — Zulum is the face of the future and the near perfect crusader for real change, and real-time purposeful leadership.

I had cause to write about former governor Kashim Shettima; two articles precisely, one on the April 28, 2019, on Leadership newspapers titled; ‘Kashim, A War Time Master Builder, and the other on May 26, 2019, on the same newspaper, titled ‘Kashim: The war time master builder does it again’. Of course, I lamented the irony that a Fulani man like me, from Bauchi, an empire that defeated the herculean Shehu of Borno; was out in public, showering encomiums on a ‘Kanuri’ man. But Kashim Shettima had outshined, outclassed and outperformed his contemporaries, who were governors of the various All Progressives Congress, APC, states, most especially the northern ones. I had to gulp it in and pronounce him a master builder, despite the Fulani/Kanuri banter.

I was baffled by the outcome of the Borno state primaries of the APC that produced the de-facto successor, as, obviously, whoever gets the ticket for the party’s gubernatorial candidate will surely clinch the seat as the next governor of Borno state. Little known Professor Zulum, from nowhere, clinched the ticket and was chosen above more seasoned party men as well as veteran politicians who probably had life long ambitions to become governor, and had formulated decades of road maps for the actualisation of their dreams; people better prepared for the most challenging political seat of leadership.

Shettima knew Zulum who was a professor, who sweated it out and earned all he has become. Professor has chiseled out every inch of how he is now the governor of the most prominent and vital state, having been the capital of the North-eastern states of Borno, Bauchi and Gongola.

Zulum drove from Maiduguri to Lagos as a commercial driver, and worked his way up the academic cadre as a lecturer. Shettima saw what he saw and appointed him to work with him in his cabinet. Shettima was recently on television, confessing that Zulum is every inch way better than him, jokingly saying that Zulum’s stature too is larger than Shettima’s.

There is no need for me to remind the reader of the viral video of Zulum, ‘raking’ at soldiers at a check point between Potiskum and Damaturu, chiding them over bribes. Zulum’s strides in combating political thuggery as the root cause of Boko Haram, has earned commendations from the UNDP (United Nations Development Programme).

The UNDP is now replicating Zulum’s model of empowering 2,862 youths with N30,000 each for six months. Zulum spent his night at an IDP camp to personally distribute blankets to 1675 families. Before now, he had sworn with the holy Qur’an and invoked God’s wrath on anyone, himself inclusive, if they illegally or corruptibly took anything that belonged to the internally displaced persons.

Zulum has also appointed about 30 special advisers to his government. Zulum here, Zulum there, Zulum everywhere you go in naija!

It wasn’t of much wonder when various presidential candidates came asking for Zulum to be their vice-presidential nominee. His performance was outstanding in just the first few years of his service as governor of Borno state. Zulum declined. Despite the very steady and persuasive moves by party stalwarts and Villa big wigs, along with other northern governors, he refused to shift ground. His boss, Senator Kashim Shettima, was another hugely convincing candidate for the position.

The vice-presidential nominee ‘brick bat’ and intrigues within the APC, called in Professor Zulum’s hour of camaraderie and valour. He just wouldn’t compete with his boss, Shettima, who was his predecessor and benefactor. Shettima had put in more years as a governor, and eight years made him the more experienced and steady hand for the job of being Bola Ahmed Tinubu’s vice presidential candidate. Besides, we stand no chance having Zulum taken away from the messiah’s work he is doing in Borno state. Borno needs him more than Nigeria needs him.

I was opportune to have Senator Shettima, Professor Zulum and Senator Abu Kyari, at the latter’s residence. The respect Professor Zulum has for Shettima and vice versa is endearing and enviable. In leadership schools, the two are worthy of emulation. They stand out almost totally alone on a pedestal of honour and integrity. I can’t wait to see how much ‘joy’ Shettima as vice president, insha Allah, will bring the way of Professor Zulum as a second term governor.