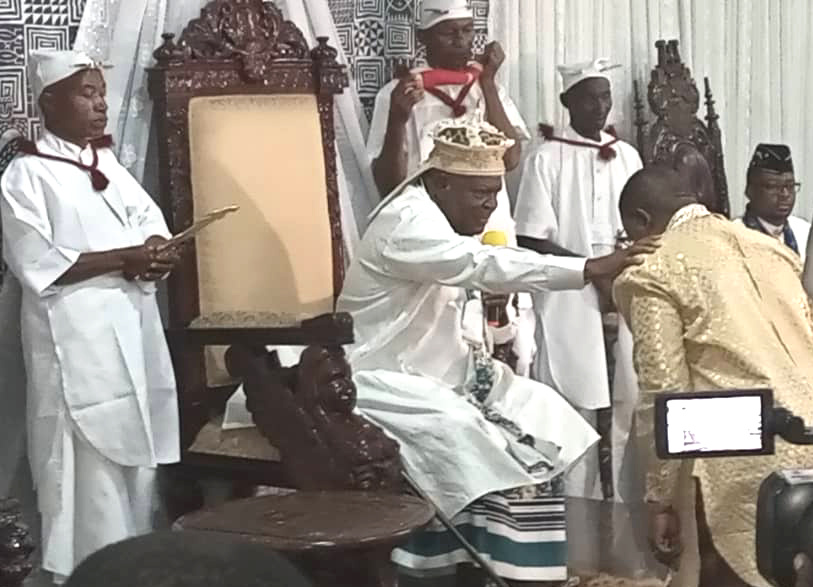 The Obong of Calabar, His Eminence Edidem Ekpo Okon Abasi-Otu V, has said his endorsement of the governorship candidate of the All Progressives Congress (APC) in Cross River State, Senator Bassey Edet Otu, was because it is the turn of the southern senatorial district where Otu hails from, to produce the next governor.

The grand Patriarch of the Efik Kingdom who made his position known when Senator Otu visited him at his palace in Calabar, Monday, insisted that after the incumbent, Governor Ben Ayade, power should ordinarily return to the South in the spirit of equity, fairness and justice.

“And I am happy that you made the right choice in the person of Sen. Bassey Otu who is my beloved son. And that is why I am saying that come 2023, it is back to south and I am confident that Sen. Otu will emerge governor.”

In his remarks, Senator Otu said, “Your eminence, we have only come to say thank you for standing with us, for your spiritual backing all through the process up to my nomination as the gubernatorial candidate of my party, the APC. I wish to say thank you.

“I’m tested, trusted and proven, ” Otu stated, and added that with his exposure in the private and public sectors, he has acquired enough experience and capacity to prudently manage the State’s scarce resources.

“Let me also inform you that from tomorrow, I will be embarking on a thank you tour of the entire southern senatorial district to appreciate all those who stood by us,” the APC guber candidate said.

The candidate of the People’s Democratic Party (PDP) is from the central senatorial district which produced the immediate past governor Liyel Imoke who handed over power to the current governor who hails from the northern zone.