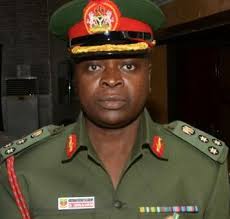 Ibrahim gave the advice in Abuja on Wednesday at the NYSC Public Relations Officers Workshop with the theme, ‘’Action-Centred Communication: Panacea for Topnotch Performance”.

He said they could achieve visibility for the scheme by facilitating adequate publicity in line with the scheme determination to enhance operational efficiency.

“This programme is in furtherance of management’s commitment to the capacity building of staff for enhanced performance. Management recognises the critical role public relations officers play in managing the corporate image of the scheme,’’ he said.

Ibrahim said there was a need to regularly update the officers’ knowledge and skills and advised them to improve their competences for effective and efficient service delivery.

“You must be proactive and do your best to cultivate the friendship of the media through constant engagements and timely disclosure of necessary information on the activities of the scheme,’’ Ibrahim said.

He said that efforts to establish the NYSC Community Radio were in top gear as approval of the operational licence was being awaited.

Mrs Adenike Adeyemi, Director, Press and Public Relations Unit of NYSC, said the annual workshop had afforded a veritable platform for officers of the scheme to acquire requisite knowledge on contemporary issues.

Adeyemi said that the theme showed that effective communication was imperative in every interpersonal relation.

She said that action-centered communication must be deployed in matters that might arise from employee misconduct, natural disasters, and conflict with interest groups, including religious, ethnic and political organisations.

Adeyemi said that the officers must perfect their understanding of 3cs of crisis communication, namely compassion, confidence and competence, while dealing with the scheme’s publics.

She said that at the end of the workshop, the officers would perform better in their areas of responsibilities.

Aginam said during paper presentation with the title, ‘Application of Digital Communication and Social Media as Effective Tools in Public Relation Practice’,  that the officers must consider their audience in whatever they do.

He said there was a need to know about the perception of the public to know whether the organisation was meeting its goals and to enable them to be focused in carrying out their duties.

Aginam, a lecturer at Baze University, Abuja, said that the scheme should create inter agency synergy to improve the scheme.

He said that the scheme could not achieve its goals alone without the collaboration of other agencies.

He advised the officers to think outside the box to solve most of the challenges facing the scheme.

According to him, there is a growing realisation of the need for branding public sector organisations.

He called for training and retraining of the staff to equip them with new skills in their fields. (NAN)