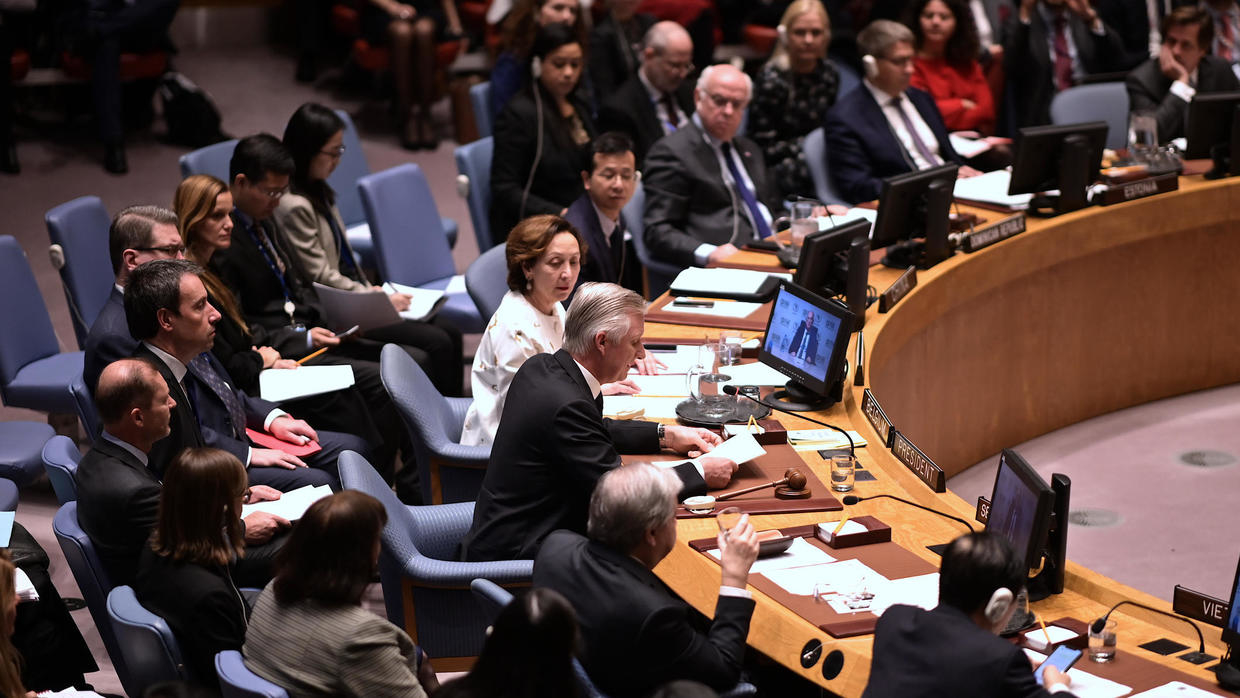 The UN Security Council on Wednesday adopted a resolution calling for a “lasting ceasefire” in Libya as Libyan strongman Khalifa Haftar’s forces vowed to block UN humanitarian flights from landing in the capital Tripoli.

The text of the UN Security Council resolution, which reaffirmed the conclusions of last month’s Berlin Conference on Libya, was drafted by Britain and approved by 14 votes out of 15 with Russia abstaining.

It was subject to weeks of discussions, reflecting deep international divisions over Libya despite world leaders recently agreeing to end all foreign interference in the country and to uphold a weapons embargo.

Also on Wednesday, the UN said its flights have not been granted permission to land in Libya by the self-styled Libya National Army (LNA), also known as the Libyan Arab Armed Forces, led by General Khalifa Haftar.

UN spokesman Stephane Dujarric said the UN mission in Libya was concerned that its regular flights into Tripoli, which transport UN staff to and from the war-torn country, have been prevented from landing on several occasions in the past weeks.

Dujarric said preventing UN flights from traveling to Libya “will severely hinder our humanitarian and good offices efforts” at a time when the United Nations is trying to get the warring parties to negotiate a peace agreement and “provide much-needed humanitarian assistance to the most vulnerable conflict-affected civilians”.

A spokesman for Haftar’s forces confirmed the blockage, telling reporters in the eastern city of Benghazi that the UN would have to use other airports such as Misrata because it could not guarantee the safety of flights into Tripoli Mitiga airport as Turkey was using it as a base.

Turkey supports the UN-recognised government of Prime Minister Fayez al-Sarraj while Haftar is supported by Saudi Arabia, the UAE, Egypt, France and Russia.