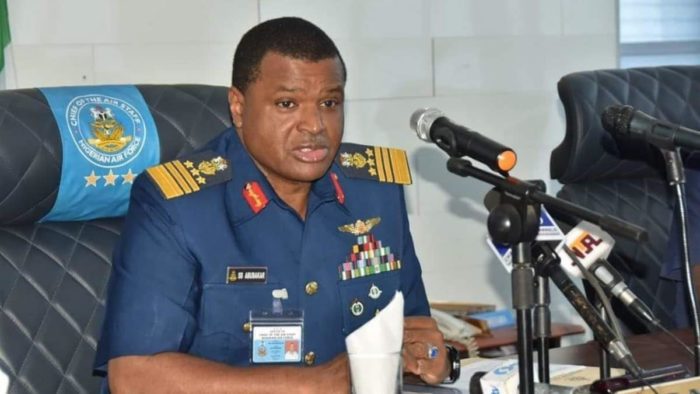 The Nigerian Air Force (NAF) has recorded another feat in the area of Research and Development (R & D), with the successful fabrication of a GTCP85 Auxiliary Power Unit (APU) Test Stand for the C-130H aircraft fleet.

Air Commodore Ibikunle Daramola, NAF Director of Public Relations and Information, disclosed this in a statement on Monday in Abuja.

Daramola said the local production of the Ground Support Equipment (GSE) was carried out by personnel at 631 Aircraft Maintenance Depot (631 ACMD) Ikeja.

“The local production is another innovative project that would facilitate the operations of the C-130H fleet, thereby enhancing its availability for logistics missions.

“The feat is coming barely a month after the successful local production of the hydraulic diaphragm for the L-39ZA aircraft fleet at the 403 Flying Training School, Kano,” he said.

He said the Chief of the Air Staff (CAS), Air Marshal Sadique Abubakar, while inaugurating the APU on Monday, said that the NAF had continued to develop human capacity through robust and result oriented training.

Abubakar said that the training has had tremendous impact on its R&D efforts to develop indigenous technological solutions to engineering and technical problems.

He said, in a bid to ensure the continued development of local capacity, the NAF has entered into partnerships with a host of local and international organisations as well as academic institutions, including some Nigerian Universities.

The air chief said the local production of the APU Test Stand was a product of these initiatives and was in line with the commitment to reinforce the culture of self-reliance through R&D.

“I am equally happy to note that the equipment stands out among its kind. The use of this equipment will save the nation huge foreign exchange and has equally repositioned the Depot for better service delivery.

“It is quite important to state that our modest accomplishments so far have greatly enhanced the serviceability of our aircraft holding, thereby enabling us to project Air Power not only within our country but also beyond the shores of Nigeria.

“The NAF thus stands ready to continue to fulfill its primary responsibility whilst also providing aid to civil authority in whatever roles that may from time to time be required,” he assured.

Abubakar also implored aircraft engineers not to rest on their oars but to continuously conduct research so as to keep pace with technological advancements in the world with a view to providing solutions to various challenges.

Earlier, Onilede disclosed that the APU test stand was fabricated by personnel who were trained on equipment at the reactivated Machine Tools and Structural Repair Workshops of the Unit.

According to him, the APU test stand is a unique Aircraft GSE designed to serve many purposes such as ground power unit to supply electrical power for the aircraft, air cart to produce bleed air to start aircraft engines as well as test the C-130 generator.

Onilede further disclosed that, with the Test stand, the capacity of 631 ACMD to maintain and repair the APU has been greatly enhanced.

The Commander said APU Test Stand has been used to repair one unserviceable APU in the Unit.

He said most of the parts used to fabricate the test stand were sourced locally while those requiring machining were machined in the reactivated Machine Tools Workshop without any foreign assistance.

The statement disclosed that the Team that fabricated the APU was composed mainly of young officers led by Flight Lieutenants (Flt.-Lt.) Olajide Oyekunle and Gabriel Onoh. (NAN)