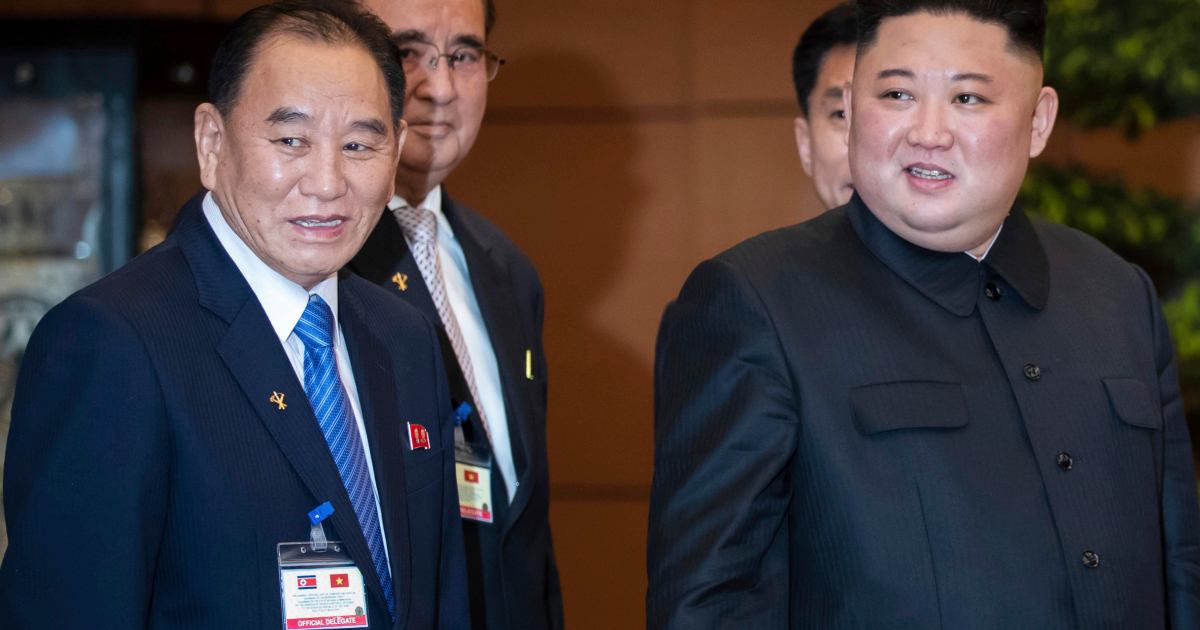 Pyongyang says Seoul is risking a security crisis by choosing to go ahead with joint military drills with the US.

North Korea has threatened to respond to US-South Korean military exercises it claims are an invasion rehearsal, saying Seoul was risking a “serious security crisis” after missing its opportunity to improve inter-Korean ties.

The statement from senior politician Kim Yong Chol came on Wednesday, a day after the United States and South Korean militaries began their preliminary training in the run-up to next week’s annual exercises. Kim Yo Jong, the powerful sister of North Korean leader Kim Jong Un, has also demanded Washington withdraw its forces from the peninsula.

Kim Yong Chol said South Korea must be made to “clearly understand how dearly they have to pay” for choosing their alliance with Washington over peace between the Koreas.

The South had answered the North’s “good faith with hostile acts”, he said, after “letting go the opportunity for improved inter-Korean relations”.

“We will make them realise by the minute what a dangerous choice they made and what a serious security crisis they will face because of their wrong choice,” he added.

Kim Yong Chol is a senior official in the ruling Workers’ Party and acted as Kim Jong Un’s envoy ahead of a summit in Hanoi in 2019, meeting then United States President Donald Trump in Washington.

The Kim-Trump summit collapsed over sanctions relief and what the nuclear-armed North would be willing to give up in return, and talks have since been largely at a standstill.

But in a surprise conciliatory gesture last month, Seoul and Pyongyang restored cross-border communications that were severed more than a year ago, announcing their leaders had agreed to work on improving ties. The new flare-up, however, casts doubt on South Korean President Moon Jae-in’s goal of improving relations with Pyongyang in the last year of his presidency. It also raises the prospect of new North Korea missile tests, something Pyongyang has often done in the past to signal its displeasure.

Adding to the concerns, the South Korean government said on Wednesday that North Korea has failed to answer routine calls on the hotline for a second day in a row.

The South also called on Pyongyang to answer its offers for dialogue and said “raising military tensions on the Korean Peninsula wouldn’t help anyone”.

The US meanwhile stressed that its drills with South Korea were “purely defensive in nature”.

“As we have long maintained, the United States harbours no hostile intent toward the DPRK,” US State Department spokesperson Ned Price said on Tuesday, using the initials of the country’s formal name, the Democratic People’s Republic of Korea.

Analysts said Pyongyang may be using sharp rhetoric to boost its leverage in future talks, wring concessions from South Korea, or distract from domestic economic crises.

“North Korea’s amped up rhetoric against scaled down US-South Korea defense exercises appears to be more about domestic politics than signaling to Washington,” Leif-Eric Easley, a professor at Ewha University in Seoul, said in an email to reporters. “The Kim regime is shifting blame for its struggles to restart the economy after a long, self-imposed pandemic lockdown.

“Pyongyang is also trying to pressure South Korean presidential candidates to express differences with US policy on sanctions and denuclearisation.”