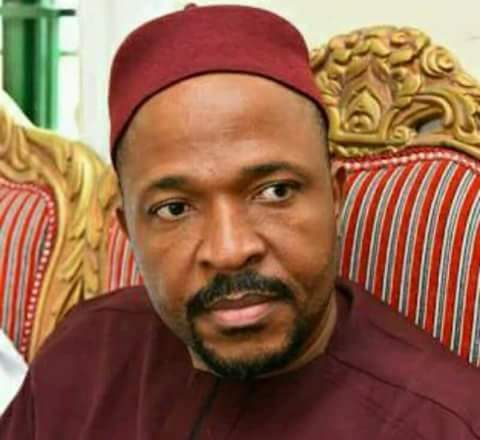 The Minister of State for Education, Hon Chukwuemeka Nwajiuba has tasked Nigerian professors to be innovative in their fields of endeavour to assist the Federal Government achieve the Sustainable Development Goals (SDGs) target of 2030.

Nwajiuba gave the task in Abuja at the opening of 1st International Conference of the Faculty of Education, National Open University of Nigeria (NOUN).

He noted that the 21st century was experiencing revolution in many areas with increased recognition of technology and as such the need for Nigerian professors to key into the opportunity to broaden the scope of the Millennium Development Goals (MDGs) that ended in the 1990s.

“This conference is a prime opportunity for examining our path to making education count; to review elements in the ongoing reform initiatives of the Sustainable Development Goals (SDGs) 2015 to 2030 within African continent and indeed Nigeria as well as  key active components in the implementation of the 17 targets and its 169 platforms.

“The management of the National Open University of Nigeria (NOUN), has decided to look into the best ways to harness the gains of the SDGs, especially as it benefits the education sector.

According to him, there is hardly any African learner who has transformed something from its natural state to a new state.

This, he said was because some Nigerians stilled believed that the Federal Government should award contracts to expatriates to constantly do things for us.

“It seems capacity building is a norm; conferences and robbing of minds are taking for granted, but like all things in Africa, it seems that the more we learn the less we do.

“For the amount of infrastructure that exists – all the empty building in Abuja and everywhere and the way universities are growing, we have still not moved an inch from where we were when our colonial masters came.

“Everything we use is provided by them including the cloth we wear; every ‘pancake’ on our face is done by them, while the hair we wear is from Brazil. Everything we have done relies on them, I am confused.

“Something is either wrong with the education we have been giving our people or we are not educated; something is definitely wrong,” Nwajiuba added.

He therefore urged the conference panel to produce a roadmap for the advancement of technology in the country which would ensure the realization of the SDGs.

The Keynote Speaker, Professor Naana Jane Okpoku-Agyemang, Chancellor of the Women’s University in Africa, who dwelt on the theme “Revitalizing Education for the Attainment of the Sustainable Development Goals in Africa”, said education was critical in achieving the SDGs.

“This is achievable when we properly redefine education, not as the variety imposed on us, not with the aim of making us independent, that which we have been happy to adopt and which we have done little to seriously review and replace.

“Discussions on what education should be must involve everyone regardless levels or lack of it in so-called formal education, orientation or other socially constructed differentiations.

“We must create the platforms for sharing situations in which everyone especially our students can and must participate.

“This kind of teaching is not imposed from the top but takes place in a shared investigation or in a problem-raising situation between educator, support staff and students.

“The emphasis is on the critical analysis and the creativity of the learner in order to discourage passive behaviour of the learners.”

The Vice Chancellor of NOUN, Prof. Abdalla Adamu had earlier said that the 17 SDGs were integrated and as such would affect each other when action is taken.

”Of all the 17 goals, goal number four, which is: ‘Qualitative and Inclusive Education, stands out above the rest.

”An inclusive and qualitaty education is one that focuses on the whole child – the social, emotional, mental, physical, and cognitive development of each student regardless of gender, race, ethnicity, socio-economic status or geographic location.

”Achieving inclusive and quality education for all reaffirms the belief that education is one of the most powerful and proven vehicle for sustainable development.

”The Universal Basic Education (UBE) Programme is key to achieving the development goals; established in 1999, UBE’s primary objective is to eradicate illiteracy, ignorance and poverty as well as stimulate that, accelerate national development, political consciousness and national integration,” Adamu said.