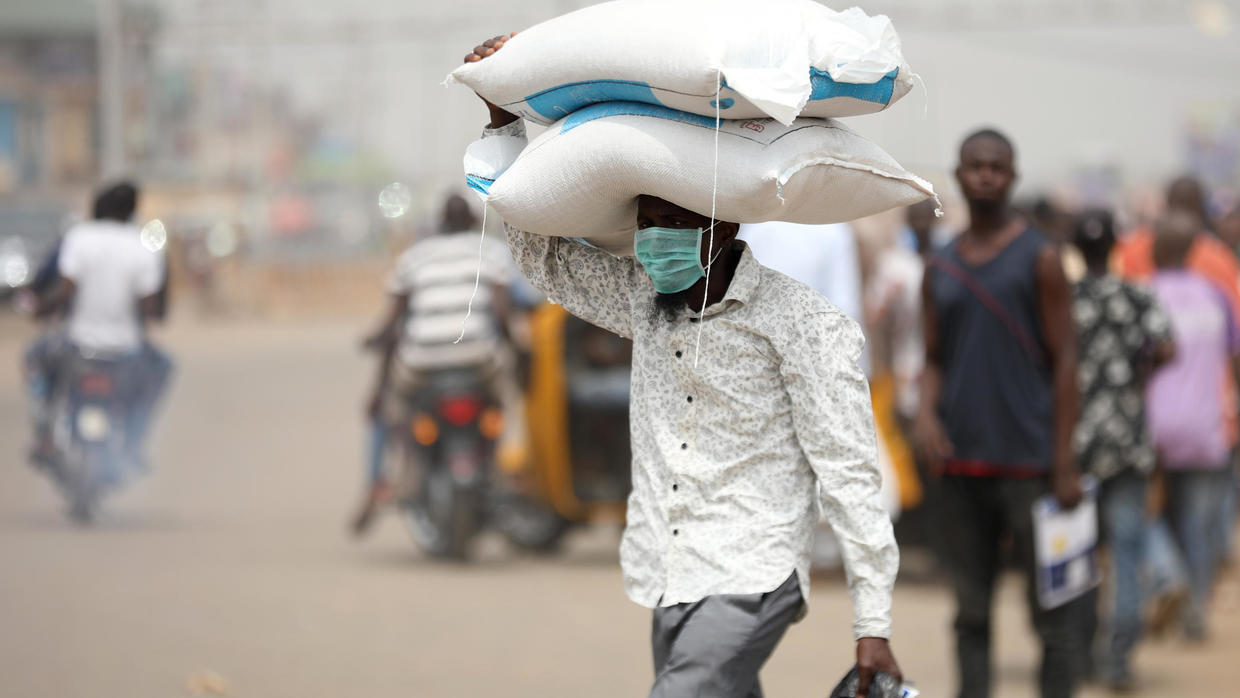 More than 20 million Nigerians on Monday went into lockdown in sub-Saharan Africa’s biggest city Lagos and the capital Abuja, as the continent struggles to curb the spread of coronavirus.

President Muhammadu Buhari ordered a two-week “cessation of all movements” in key cities to ward off an explosion of cases in Africa’s most populous country.

Businesses are being closed, non-food shops shut and people required to stay at home as officials look to track down possible carriers of the disease after reporting 131 confirmed cases and two deaths so far.

Enforcing the restrictions in sprawling Lagos will be a mammoth challenge as millions live crammed into slums and rely on daily earnings to survive.

In the ramshackle outdoor markets of Lagos Island, anxious locals complained they did not have the money to stock up, while at higher-end supermarkets better-off residents queued to buy supplies.

“Two weeks is too long. I don’t know how we will cope,” said student Abdul Rahim, 25, as he helped his sister sell foodstuffs from a stall in Jankarra market.

“People are hungry and they won’t be able to stock food.”

City officials have pledged to provide basic provisions to 200,000 households but the central government in Africa’s largest oil producing nation is already facing financial strain as the price of crude  has collapsed.

The streets of Ghana’s capital Accra were also empty as most people in two regions appeared to be following a presidential order to stay indoors after it went into force.

Zimbabwe, which is already suffering a recession, began enforcing a three-week lockdown after the disease left one person dead and infected six others.

Police mounted checkpoints on routes leading to Harare’s central business district, stopping cars and turning away pedestrians who had no authorisation to be in the area.

Some people were trying to head for villages.

“We would rather spend the 21 days at our rural home, where we don’t have to buy everything. I can’t afford to feed my family here when I am not working,” said Most Jawure.

“We have been waiting here for more than two hours but there are no buses,” Jawure told AFP while standing with his wife and daughter beside a bulging suitcase.

For many of Zimbabwe’s 16 million people, the lockdown means serious hardship.

With the unemployment rate estimated at around 90 percent, most Zimbabweans have informal jobs to eke out a living and few have substantial savings.

As a similar scenario played out in other poor nations, the UN on Monday called for a $2.5-trillion aid package to help developing countries weather the pandemic, including debt cancellation and a health recovery “Marshall Plan”.

‘A matter of time’

Experts warn that Africa is highly vulnerable to COVID-19 given the weak state of health systems across the continent.

The number of infections lags far behind Europe but testing has been limited and the figures are growing rapidly.

Angola and Ivory Coast on Sunday became the latest countries to record their first deaths, bringing the number of African fatalities to around 150 of nearly 4,800 recorded cases.

In Democratic Republic of Congo, two new cases were reported in the volatile South Kivu region and an adviser to the nation’s president announced he had tested positive.

Ugandan President Yoweri Museveni ordered a 14-day lockdown in a bid to halt the spread of the disease after reporting 33 infections.

Police in South Sudan, one of a few nations in Africa yet to confirm a case, enforced strict new rules, shutting shops selling non-essential items and limiting passengers in public transport.

Mauritius, which has 128 cases — the highest in East Africa — has extended its lockdown to April 15.

In an interview with local Newzroom Afrika television channel, she said she was aware of two videos “which have circulated where clearly there (is) some abuse”.

“I’m saying I condemn that, we will not allow that to continue,” she said.