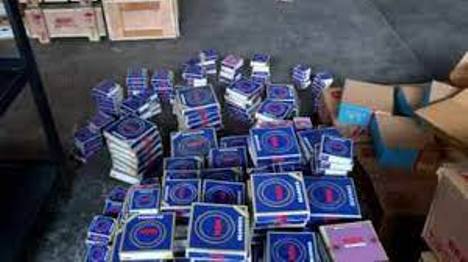 Cape Town – Less than 24 hours after it was stolen, a vigilant Tsitsikamma K9 unit helped trace and recover a Toyota Hilux double-cab bakkie that was taken from a parking area in Somerset West.

Police spokesperson Christopher Spies said: “The vigilance of officers, who were strategically deployed along the N2 highway, led to the recovery of the vehicle and the arrest of two suspects at the entrance to Knysna.

“Preliminary investigation suggests that owner had parked her bakkie in a parking area at Somerset West on Saturday afternoon, only to find it gone upon her return. The suspects, aged 34 and 26, are facing charges of possession of stolen property and theft of a motor vehicle.”

In Stellenbosch, ER24 paramedics responded to a hit and run incident at the Polkadraai and Vlaeberg Road intersection.

ER24 spokesperson Russel Meiring said: “Emergency officials arrived at 8.15pm to find the body of a man lying in the middle of the road. Medics assessed the man and found that he had already succumbed to his numerous injuries. The vehicle that had struck the man was not found on the scene, and police were notified.”

On the Garden Route, the Oudtshoorn Regional Court handed down a 10-year sentence to a duo apprehended when cutting 20 rolls of Telkom copper cables on the R62 highway in Ladysmith valued at more than R226 222 in May 2017.

In Johannesburg, the Hawks Intellectual Property Rights Section from the Serious Commercial Crime Investigation team, in partnership with Tactical Operations Management Section (Toms), executed a search and seizure operation at a warehouse in Tulisa Park, following an in-depth probe into counterfeit vehicle bearing spares sold to motorists across the country, under the guise of genuine NSK products.

Hawks spokesperson Philani Nkwalase said: “Samples of the NSK bearings were purchased during the investigation into allegations of selling and distribution of counterfeit vehicle spares, and a search warrant was successfully obtained.

Elsewhere, a 42-year-old suspect and his accomplice daughter who were bust for allegedly manufacturing and distributing counterfeit washing powder valued at R1.3 million in Springs, were served with J175 summonses and are expected to appear in the Springs Magistrate’s Court today.