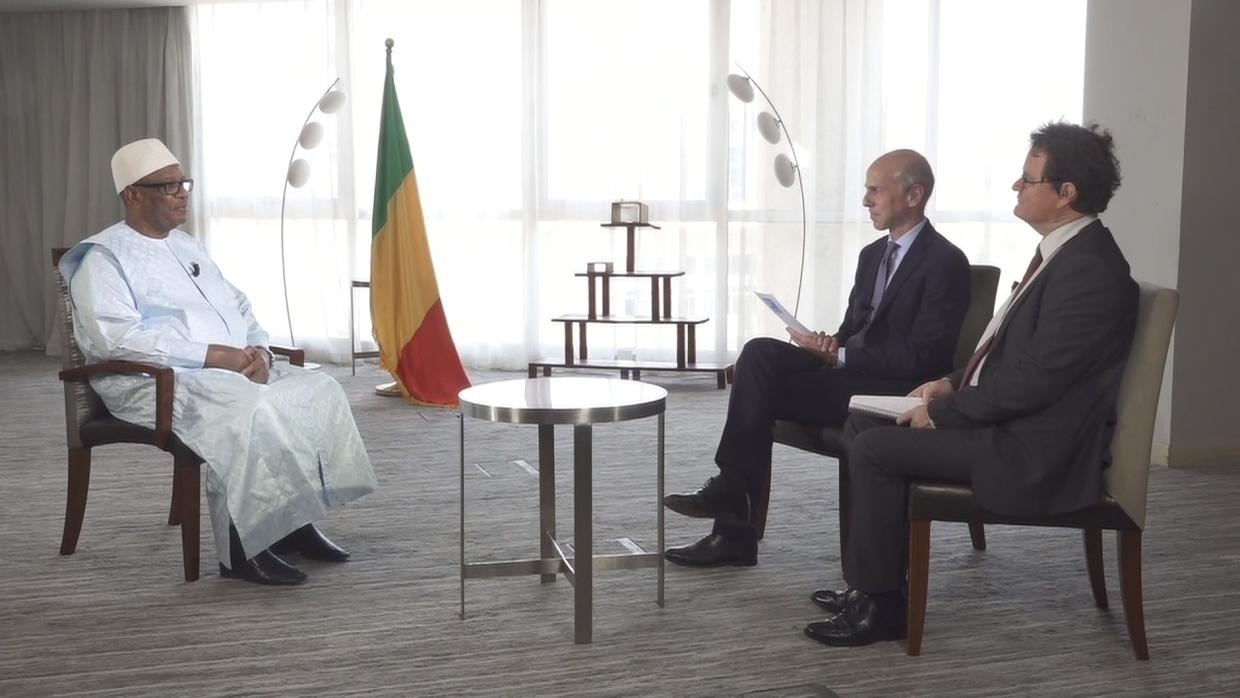 In an exclusive interview with FRANCE 24 and Radio France Internationale (RFI) Monday, Malian President Ibrahim Boubacar Keita acknowledged, for the first time, that his government had opened up a dialogue with senior jihadist leaders.

With the death toll from ethnic and jihadist violence in Mali increasing in recent months, Keita said his administration was open to talks with jihadists leaders in a bid to end the instability and bloodshed that has gripped the country over the past eight years.

“Talking with jihadists and fighting terrorism is not contradictory,” said Keita. “I have a duty and a mission today to create all possible spaces and to do everything possible so that, by one means or another, some kind of appeasement can be achieved. It’s time certain avenues were explored,” he explained.

Keita acknowledged that his government had made contact with Iyad Ag Ghali – a prominent Tuareg figure and leader of the Ansar Dine jihadist group – as well as Amadou Koufa, leader of Katiba Macina, a group of predominantly Fulani ethnic fighters allied with Ansar Dine.

Keita reiterated that he was not “naive” about the intentions of the jihadist leaders. But peace measures were imperative, he insisted. “The number of deaths in the Sahel is becoming exponential and it’s time that certain avenues be explored,” he explained.

Rebels captured a huge swathe of northern Mali in 2012, triggering a jihadist insurgency that has now spread to neighbouring countries in the transitional Sahel zone between the Sahara and the African savannah.

Keita’s interview came as the New York-based Human Rights Watch urged Malian authorities to investigate massacres by armed ethnic groups and Islamist militants in central Mali that killed more than 450 people, making 2019 the deadliest year in the region since the conflict began in 2012.

The Malian president also revealed that Malian army soldiers on Monday had begun deploying to Kidal and should arrive in the key northern town by Friday.

The return of Malian soldiers to Kidal is considered a key component in implementing the 2015 Algiers peace agreement, struck between the government in Bamako and some rebel groups.

Keita said the army had set off from the northern Malian city of Gao about 200 kilometres (120 miles) south. But he warned that the journey could be dangerous.

“It is therefore normal that the general staff…  Malian forces and the allied forces, act cautiously,” he told FRANCE 24’s Marc Perelman and RFI’s Christophe Boisbouvier.

Kidal fell to separatist Tuareg rebels in 2012, who remain in control of the city despite the presence of UN and French troops operating under Operation Barkhane. While the Tuareg rebels controlling Kidal signed a peace accord with the government in Bamako in 2015, the implementation of the deal has been shaky on the ground.