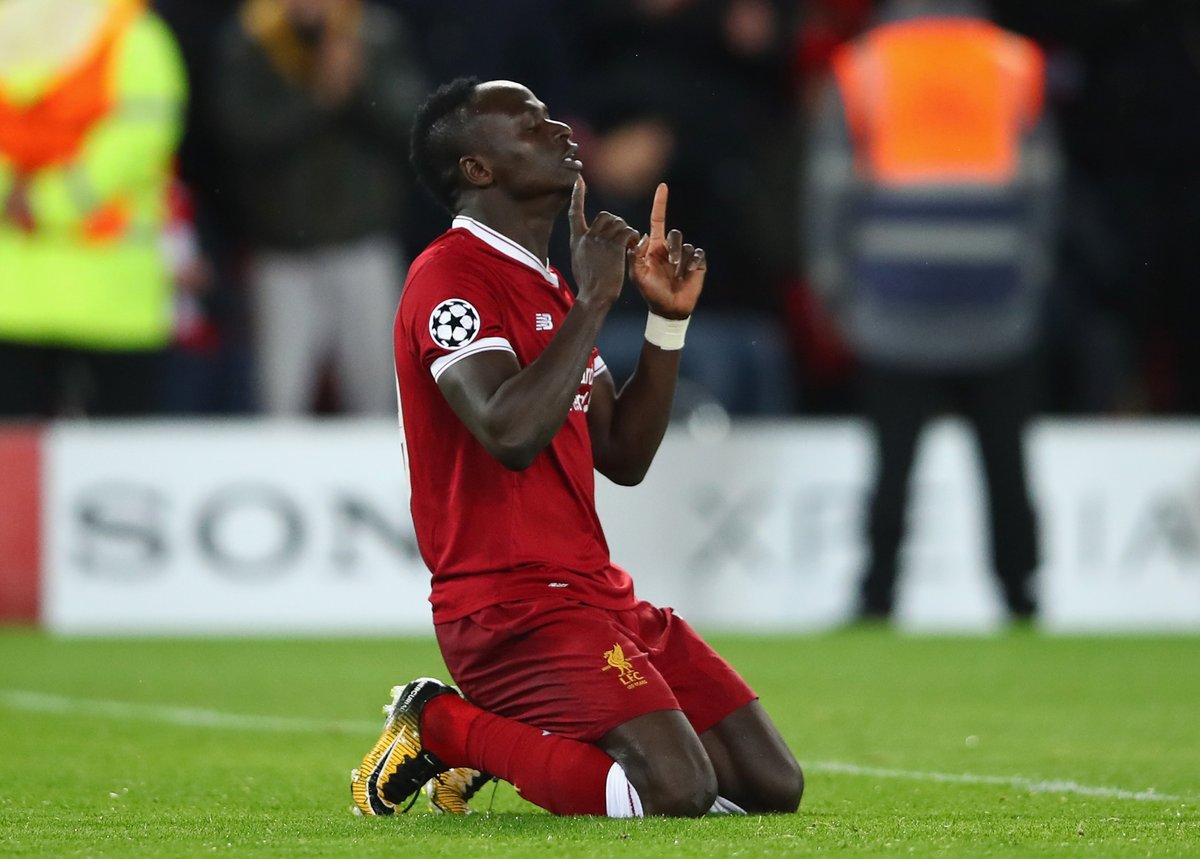 (Reuters/NAN) Liverpool’s Sadio Mane marked his return from injury with a late goal to break Norwich City’s resistance on Saturday.

His goal helped them to secure a 1-0 win to extend his side’s English Premier League (EPL) lead to 25 points.

On a windy evening, bottom club Norwich were proving a tough nut to crack for Juergen Klopp’s team.

But Senegalese forward Mane, who came on as a substitute on the hour, pounced to drill home a fine finish from inside the area in the 78th minute.

It was his first appearance since going off injured in Liverpool’s win at Wolverhampton Wanderers on Jan. 23 and he marked it by claiming his 100th goal in English football.

A battling Norwich had defended resolutely and twice came close to taking the lead, but Liverpool’s relentless romp towards a first English title for 30 years continued.

Victory was their 34th in their last 35 league games and their 17th in succession, one shy of Manchester City’s record.

Fifteen more points will guarantee them the title as they have collected 76 points out of a possible 78, now 25 ahead of Manchester City, who have played a game less.

“It was a difficult game for different reasons,” Klopp said. “The wind, the organisation of the opponent and the way we played in the first half made it tricky for us.

“Sadio was fresh and made the difference.”

Norwich, for whom Alexander Tettey struck the woodwork in the second half, remain seven points adrift of 17th-placed Aston Villa who host Tottenham Hotspur on Sunday.

They battled until the end, however, and Teemu Pukki fired straight at Alisson in the 89th minute after a flowing move.

“It was moment of magic from Mane to win the game,” Norwich boss Daniel Farke said.

“We were pretty close to coming away with a good result. The lads left their hearts on the pitch.”

Liverpool began the match 55 points ahead of Norwich, the biggest ever gap between top and bottom after 25 games in the Premier League, but lacked their usual cutting edge.

They enjoyed overwhelming territorial superiority in the first half with Trent Alexander-Arnold especially dangerous in the wide open spaces down the right flank.

Yet Liverpool struggled to create clear-cut chances and it was Norwich who should have taken the lead.

That was when Lukas Rupp was picked out by a long ball with the visiting defence nowhere, having pushed up for offside.

Rupp’s attempted lay-off to Pukki, though, was superbly read by Alisson, who spared his side’s blushes.

“It was a must goal,” Farke said of the glaring chance. “Two-on-one on the goalkeeper. We should have been a bit more tidy.”

The second half was a Liverpool siege with goalkeeper Tim Krul saving Norwich several times.

The Dutchman produced a fingertip save to keep out Naby Keita’s powerful effort, and then a magnificent double stop to deny Mohamed Salah and Keita again.

Norwich’s excursions into Liverpool territory were few and far between but one ended with Tettey’s slightly miscued effort thudding against Alisson’s near post.

It was Mane, on for Alex Oxlade-Chamberlain, who eventually broke the deadlock with a superb finish.

Bringing down Jordan Henderson’s flighted pass with his outstretched right leg, he then swivelled and crashed a low shot with his left foot past the helpless Krul.

There was a suspicion that Mane had pushed a marker as he brought the ball down, but VAR ruled in his favour.

With the title virtually assured, Liverpool turn their attention to their defence of the UEFA Champions League on Tuesday.

They visit Atletico Madrid at the Wanda Metropolitano stadium, scene of their triumph in the final last season.(Reuters/NAN)
OLAL