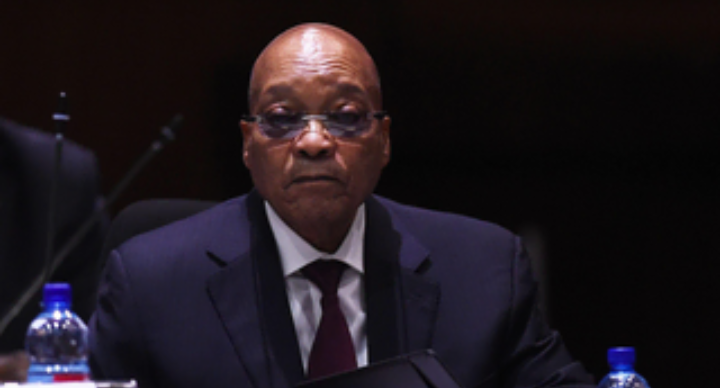 Zuma has, since August this year, been engaged in a court fight against Downer, accusing him of engaging in unethical conduct, while leading his prosecution against Zuma, for alleged corruption during the arms deal of the late ’90s.

Zuma alleged that Downer had been, without the authority of the director of public prosecutions, leaking information to the media and spies from the CIA (Central Intelligence Agency) of the US.

A few days before the matter was orally argued by parties before Judge Piet Koen last month, Zuma upped the stakes and filed a supplementary affidavit – accusing Downer of persisting with his leaks.

He accused him of leaking Zuma’s medical records, which were sent to Downer in August, when Zuma, who was still imprisoned, wanted to bolster his argument that he was too frail to personally come to court.

As a result, on Thursday last week, Zuma upped the ante in his fight against Downer and pressed two criminal charges at the Pietermaritzburg Police Station, claiming Downer deliberately leaked the confidential records to a certain journalist.

In his statement when opening the case, Zuma accused Downer of breaching section 41 (6) of the NPA, which prohibits disclosing of information without the permission of the national director.

“The purpose of bringing the information contained in this affidavit to the attention of the police, is to initiate a process which must necessarily lead to the prosecution of the suspects, failing which a certificate to the contrary must be duly issued by the National Director of Public Prosecutions, who is, incidentally, the person ultimately responsible for the deployment of the suspects.

“I am prepared to give further clarificatory statements, under oath, in support of the above, should that be deemed necessary. The criminal violations set out in the attached documents should serve as a useful basis of determining the scope of criminal investigation that the SAPS may conduct in this complaint, and the inclusion of further suspects and/or accomplices,” Zuma says in part of his affidavit.

With most legal experts predicting that the high court will not give Zuma the nod, the Jacob Zuma Foundation, of which he is a patron, said he will not be physically present in court when Koen hands down the judgment.

“Dear Media, Just so it’s clear. On the October 26, 2021, Judge Koen will be handing down his judgment, following the arguments of 21/22 September 21-22. So, October 26, 2021 is not a trial date, but a judgment date. Zuma is not required to attend, he will send his attorney,” his foundation said in a statement.

The NPA had previously said Zuma’s application will likely not get the nod, as most of the arguments he raised during oral arguments were the same arguments that were dismissed, by the same court, in May 2019, when he wanted the charges against him to be permanently quashed.

It has also defended Downer, saying it has noted with concern that Zuma has laid the two criminal charges and it still has confidence in Downer, as his record as a prosecutor speaks for himself.