Live Angles on the Angola Election 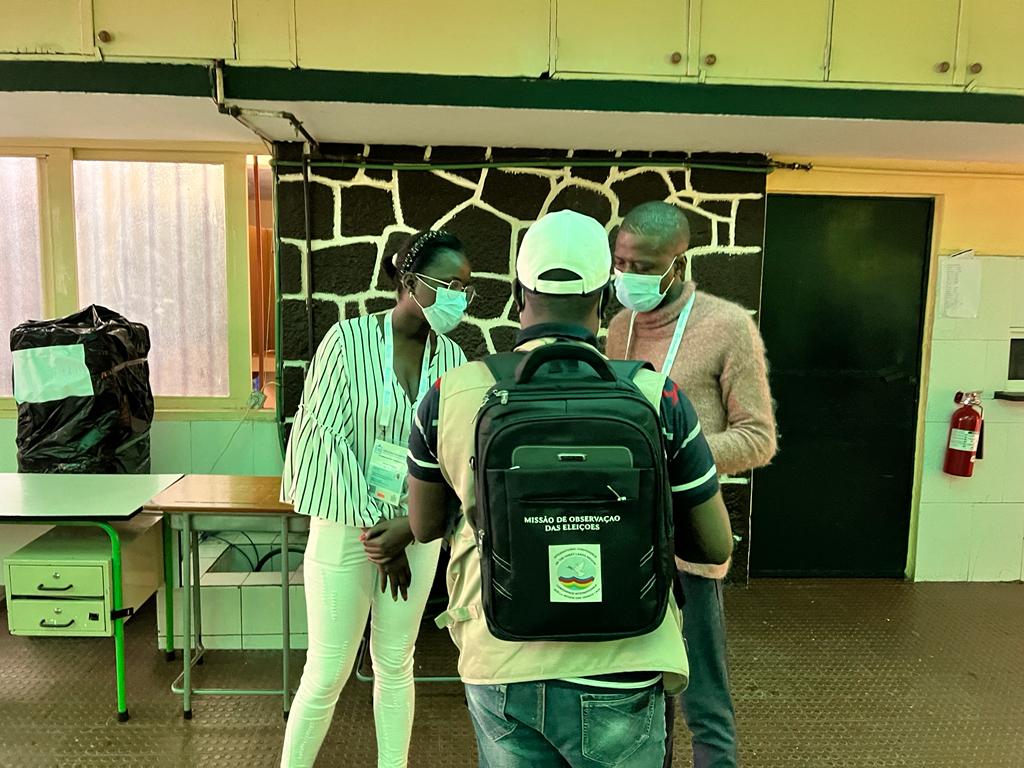 The streets are quiet.

The lush Luanda is quiet.

Luanda spots one of the most beautiful bays on the Planet. Amazing that Luanda is not promoted much for its development. It reminds me of Dubai! I have not heard a single generator in the City. I know in the interior the Country would have its issues as I was informed by a tour guide that a part of a region had once been without electricity for 2 years! But this is Luanda.

There are no generators. The light has not blinked once. We have been here since the 21st of August. The roads are well paved. Perhaps it informs the proliferation of tall high rise buildings dotting the plains like acupuncture pins on the body…It is just quite ridiculously expensive. Seems to be a trend in developed cities.

…We are at the CNE -the Comissão Nacional Eleitoral [or the National Electoral Commission HQ in Luanda]. No expense has been spared to put together a state d’art Observation Centre for foreign observers. We had been there earlier to undergo our accreditation process and we saw the feverish activity going on to ensure wrinkle-free performance. Wi-Fi-friendly, we are simply left to carry on and observe.

I note that the Portuguese influence is still keenly felt 46 years after Independence. Their commercial investment is heavy and their IT technical knowledge is highly relied upon by the Angolans. They are ensuring that the Observation Centre within the CNE is working appropriately although we have not seen anything to observe proper yet. Just nice pictures of the distribution of material for the Election and nice screens. I am reliably informed by CNE staff that live pictures of the elections in various polling centres are going on without hitch as I have seen on television screens. In fact it is almost quite blasé. The proverbial calm before the storm? I hope not.

Concentration is on the two main actors:

Adalberto Costa Júnior, 60. Suave gentleman. An Electrical Engineering graduate from ISEP, Porto, Portugal. Also holds a Degree in Public Ethics, Gregorian University, Rome Italy. Joined UNITA as a young idealistic teenager, all of 13 years old. He got his first major role in the Party at 29 when he became a UNITA Representative in Portugal. He has since represented UNITA in various positions since. He has been UNITA President since 2019.

Formed a Coalition to oppose MPLA at this year’s Elections called the United Patriotic Front [PFU] but due a Ruling by the Constitutional Court of Angola, the Coalition cannot compete at this time. They will obviously still work together but just not officially. This is a bold move. But clearly not early enough.

There are 6 other parties contesting in this year’s Election for the 220 seats in the National Assembly. I am intrigued by PHA. PHA makes history as it presents Florbela Malaquias as its leader and the first female candidate in the history of Angolan political history to contest for the Presidency. It will be intriguing how this will affect the women/female voting patterns in this Election.