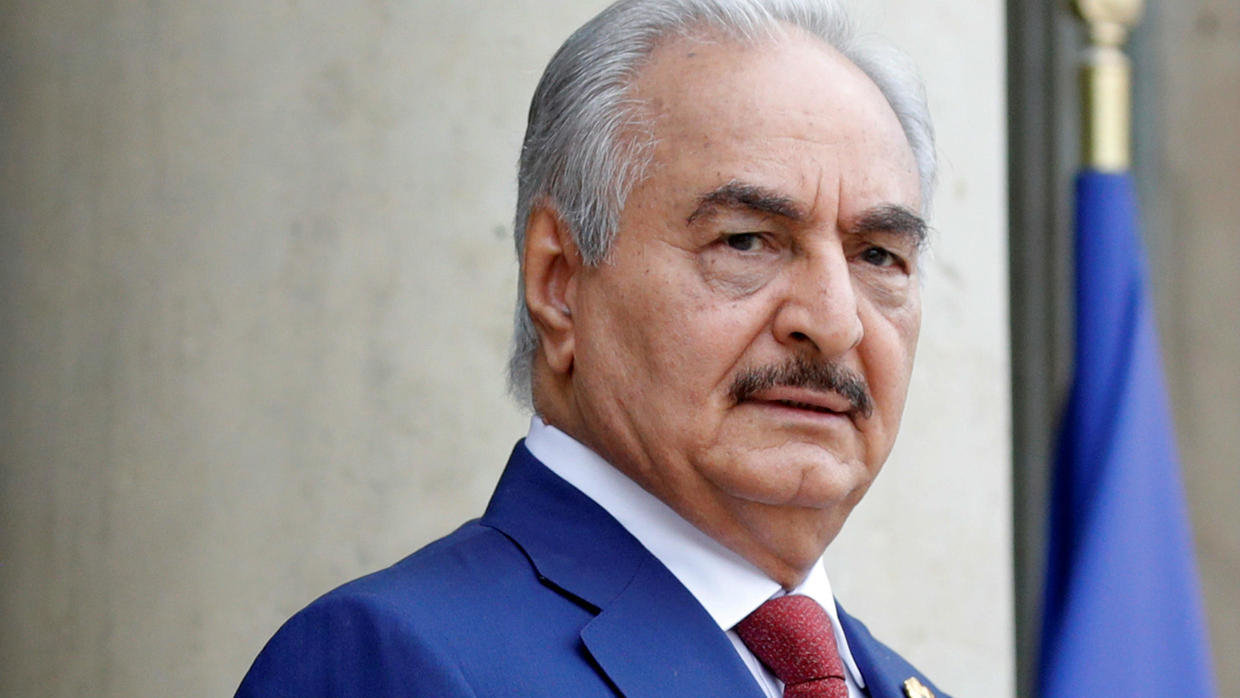 Libyan military strongman Khalifa Haftar will hold talks in Athens on Friday, days ahead of a peace conference in Berlin which he and the head of Tripoli’s UN-recognised government Fayez al-Sarraj are expected to attend.

The talks come as world powers step up efforts for a lasting ceasefire, nine months since an assault on Tripoli by Haftar’s forces sparked fighting that has killed more than 280 civilians and 2,000 fighters, displacing tens of thousands.

An interim truce that came into force Sunday has mostly held, despite accusations of violations from Haftar’s forces and the rival Tripoli-based Government of National Accord (GNA).

Haftar flew to Athens by private plane on Thursday and was taken to a luxury Athens hotel where he was met by Greek Foreign Minister Nikos Dendias for an initial round of talks, TV footage showed.

He is scheduled to talk to Dendias again on Friday before meeting Prime Minister Kyriakos Mitsotakis, sources working on the negotiations told AFP.

Greece has sought a more active role in Libya after the GNA in Tripoli signed a maritime and military cooperation memorandum with Turkey in November carving out energy spheres of influence in the Mediterranean.

The Turkish deal claims much of the Mediterranean for energy exploration, conflicting with rival claims by Greece and Cyprus.

Greek premier Kyriakos Mitsotakis has said Athens will veto any agreement brought before the EU for approval unless the contentious agreement is dropped.

Haftar agreed “in principle” Thursday to attend a peace conference in Berlin after Sarraj signalled he would be present.

Haftar had walked away from ceasefire talks in Moscow on Monday, but German Foreign Minister Heiko Maas visited his eastern Libya stronghold of Benghazi on Thursday to persuade him to join the conference.

Foreign Minister @HeikoMaas after meetings in Benghazi:
General Haftar has signaled his readiness to contribute to the success of the Libya Conference in Berlin and is willing to participate. He has repeated his commitment to observe the existing ceasefire. pic.twitter.com/tP6KjeuBNO

Haftar “wants to contribute to the success of the Libyan conference in Berlin and is in principle ready to participate in it,” Maas tweeted, calling it “the best chance in a long time” for peace.

He added that Haftar “has agreed to abide by the ongoing ceasefire”.

But Sarraj, whose GNA did sign the Moscow deal, cast doubt over Haftar’s intentions.

Haftar “has chosen not to sign the agreement and asked for a delay”, he said, calling that “an attempt to undermine the Berlin conference before it starts”.

The oil-rich North African state has been in turmoil since a 2011 NATO-backed uprising that overthrew and killed dictator Moamer Kadhafi, and multiple foreign powers have become embroiled.

The GNA is backed by Turkey and Qatar, while Haftar, who backs a rival administration in Libya’s east, has the support of neighbouring Egypt as well as Russia and the United Arab Emirates.

The United Nations said the Berlin talks aim to end foreign interference and division over Libya.

US Secretary of State Mike Pompeo will take part and voice support for truce efforts, the State Department said Thursday.

UN Secretary-General Antonio Guterres called Wednesday for firm support for the peace talks and asked for a halt in the fighting.

In a report to the Security Council he urged all parties to “engage constructively towards that end, including within the Berlin process”.

Guterres also warned against “external interference”, saying it would “deepen the ongoing conflict and further complicate efforts to reach a clear international commitment to a peaceful resolution of the underlying crisis”.

The conference will aim to agree six points including a permanent ceasefire, implementation of a much-violated UN arms embargo and a return to political efforts for peace, Guterres said.

Turkish troops have been deployed to support the GNA as per the November deal. Russia, despite its denials, is suspected of supporting Haftar with weapons, money and mercenaries.

Some 11 countries and several international organisations are set to attend along with the Libyan parties.

Italian Prime Minister Giuseppe Conte joined the swell of international pressure for a ceasefire during talks in Algiers on Thursday, officials said.

He met the Algerian prime minister and the president as part of “efforts to circumscribe the conflict in Libya and bring a durable solution”, an Algerian foreign ministry statement said.

The fighting has spurred a growing exodus of migrants, many embarking on rickety boats towards Italy.

Nearly 1,000 intercepted at sea have been forced to return to the war-ravaged country since January 1, mostly ending up in detention, the UN’s International Organization for Migration said Tuesday.