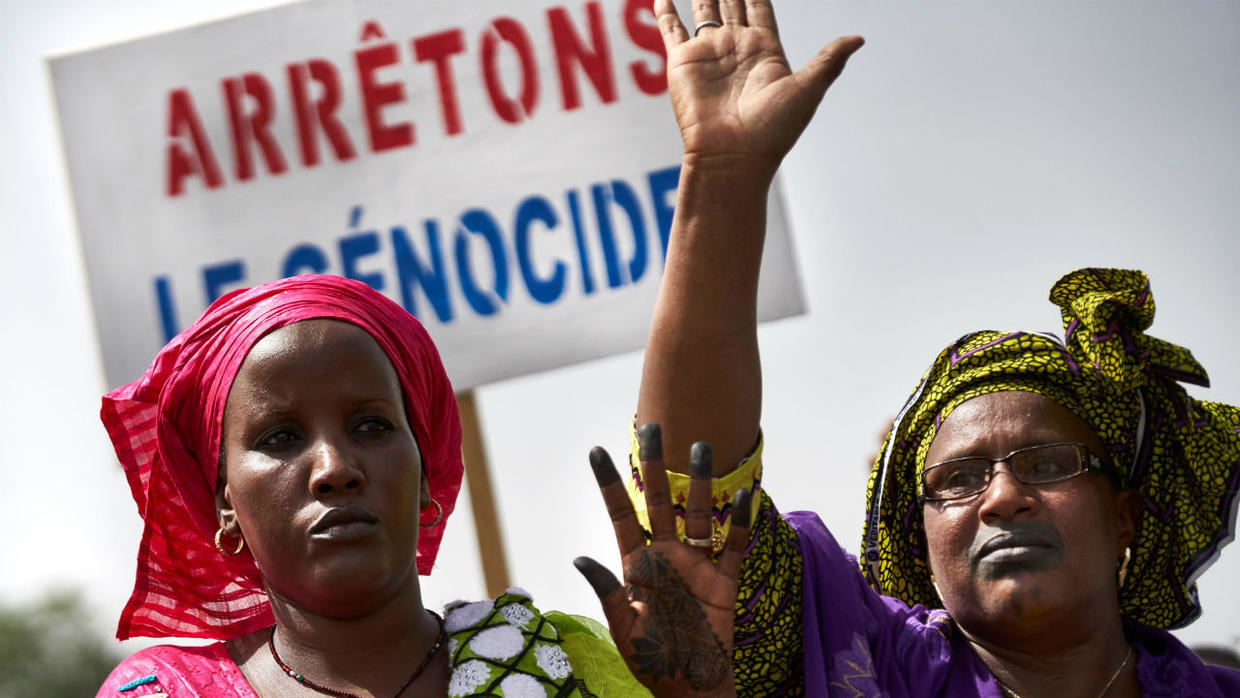 Fourteen people were killed and two wounded on Thursday in an attack on a Fulani village in central Mali, according to the UN, in an apparent bout of ethnic violence.

The figure, from a UN report on the incident, revises down an earlier death toll of 15 people given by a security official, and reported by AFP.

According to the report, armed men on motorbikes, wearing the garb of traditional hunters known as the Dozo, attacked Siba village in the early hours of Thursday morning.

They fired at villagers with hunting rifles and set fire to houses. Thirteen men and one girl died in the attack, while two people were wounded and livestock was also stolen.

The security official, who requested anonymity, said that some victims had their throats slit in their sleep.

Tensions between the mostly Fulani villagers of Siba, and neighbouring village of Synda, which is mostly inhabited by traditional Dogon hunters, have existed for some time, the report said.

Some Synda villagers were robbed of cattle on Wedneday, the report added, quoting local sources, in an incident blamed on Fulani.

Islamist militants launched an insurgency in northern Mali in 2012, stoking a conflict that has since spread to the centre of the country and neighbouring Burkina Faso and Niger.

The conflict has frequently taken on an ethnic dimension, with attacks targeting Fulani people often perceived as being close to jihadists.

Radical preacher and jihadist leader Amadou Koufa, for example, is Fulani and has recruited from the ethnic group, who are traditionally nomadic herders.

Deadly clashes between Fulani and the sedentary Bambara and Dogon ethnic groups have increased.

Around 160 Fulani died in March last year in Ogossagou, near the border with Burkina Faso, in a massacre blamed on a Dogon militia.

In June, around 75 Dogons were killed in the villages of Sobane Da, Gangafani and Yoro, in an attack blamed on Fulani militants.

There had been a lull in ethnic violence since August, since armed Fulani and Dogon groups from central Mali agreed a ceasefire.